A lover of learning 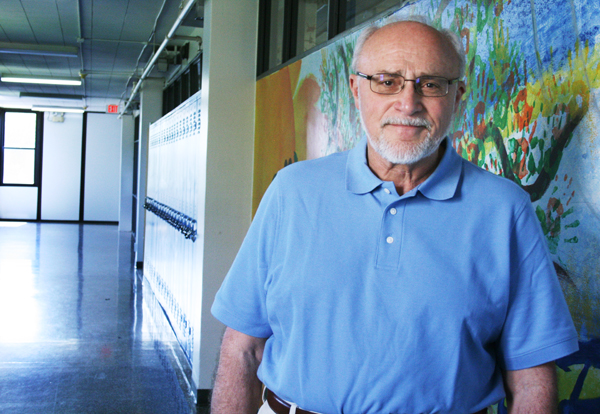 When Albert Lean Jim Munyer was a senior in college, he worked as a student teacher at Albert Lea High School.

Little did he know at that time that he would soon after get hired through the district — and on top of that, stay for 43 years.

Now, after working as a social studies teacher at the high school until 1982, and as counselor at Southwest Middle School after that for 30 years, Munyer will retire June 26. He has also been the president of the Albert Lea Education Association for the last 10 years.

“It’s been an interesting, enjoyable experience,” he said. “I’ve worked with a lot of great kids and teachers. For the most part, it has been very positive.”

Munyer said he counseled students not only for academic purposes but also sometimes for behavioral and family concerns as well.

“Once you obtain that, no one can take that away from you,” he said.

He noted he will miss his day-to-day contact with the students.

Albert Lea Superintendent Mike Funk said Munyer will be missed for his rapport with students, staff and parents.

“I will personally miss his wisdom from his many years as an educator, and his ability to see the big picture as the president of the Albert Lea Education Association,” Funk said.

Though the school district is not replacing Munyer with another counselor, it will add Assistant Principal John Double, who will also be activities director at the school. In addition, there may potentially be a part-time social worker and a hall monitor.

Eventually, he and his wife, Judy, plan to travel.

Munyer, who is interested in the Civil War, said he is also looking forward to an upcoming trip in July to the East Coast, where he plans on attending an conference for the 150th anniversary of the Battle of Antietam in Maryland. Every summer he takes a trip a different battlefield from the Civil War.

He said he also looks forward to having extra time reading.

“I always asked the question of people who retired, ‘How do you know when you should retire?’” Munyer said. “They said you will know when it’s time, and I know it’s time. It’s time for the next generation.”