Weekends during May have been busy times for motorists and bicyclists. We began May with the Freeborn County Bike-A-Thon that benefits the American Cancer Society, followed that with the Bike Rodeo for families, then the Land Between the Lakes Triathlon and concluded with the traditional family travel of the Memorial Day Holiday. That kept drivers and cyclists on alert while on the roads together. 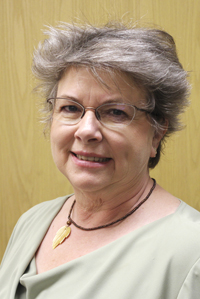 Nice going everyone, especially since May is designated nationally as Older American’s Month and Bike Safety Month! These designations are not mutually exclusive if you are neither older nor a bicycle rider. For example, it’s just been announced by Leann Juveland that the 40th annual Freeborn County Bike-A-Thon raised more than $41,000 toward cancer research. Most of us know that cancer has affected our families and friends and in this case, bicycle riders have chipped in big time to help change cancer outcomes for both older Americans and younger families.

Now the question is, how do we move forward into summer and fall as drivers and bicycle riders share the road? It’s important for all drivers and bike riders to continually scan the roads in front, to the rear and to the sides.

No one wants to be unfortunate enough not to see either the car or the bicycle until it’s too late. All drivers need to keep their eyes moving. Look, look and look again turning your head to really see the bicycle or the car. A distracted driver can not safely share the road.

Bicyclists can legally ride on the roads, but must remain near the right edge. This is stated in both the Minnesota Department of Public Safety Driver’s Manual and the AARP Driver Safety Program. It was also stressed at the family bike rodeo as youngsters practiced the rules of the road and received bicycle helmets.

Safety with caution for everyone is the goal. This is why drivers are required, when passing a bicyclist, to allow at least three feet between the side of your car and the bicyclist. Albert Lea’s bike lanes provide for safety by separating bicycle traffic from normal vehicle traffic. This way everybody wins.

Additional tips for drivers sharing the road with bicycles come from the AARP bulletin including:

• When passing a bicyclist, allow plenty of room for the cyclist but only pass when safe to do so, keeping aware of traffic approaching from the other direction.

• Do not tap your horn — it may startle a bicycle rider causing them to swerve or fall.

• Many bicyclists are children who are not so aware of all traffic laws and are often inexperienced riders, so especially watch for them.

• Be very careful making a right turn when a bicyclist is riding on the right side of the road. The bicycle does have the right of way.

• Look for bicyclists before you open a car door.

Let’s keep up the good work of sharing the roads keeping everybody safe and healthy.

Pat Stumme is the Retired and Senior Volunteer Program director of Senior Resources in Freeborn County. She can be reached at 377-7433.