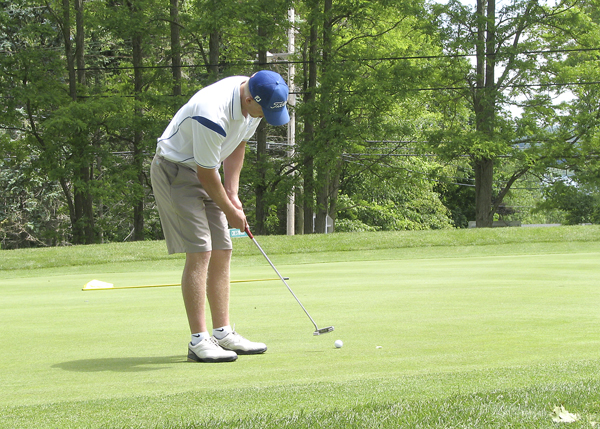 Submitted Tyler Brackey attemps a birdie on the No. 14 green during the second round at Chautauqua Golf Club. -- Submitted

After the second round of a four-round tournament at the Chautauqua Golf Club in Chautauqua, N.Y., a par 72 course, Albert Lea native Tyler Brackey is tied for 29th as an individual.

Brackey is 2010 graduate of Albert Lea High School and is currently a sophomore at Minnesota State-Fergus Falls.

He is playing in the NJCAA Division III National Tournament tournament this week and after two days his score is 161.

After Wednesday’s round, the Spartans have taken the lead with a tournament total of 620, 11 shots lower than the second place team.

The third round began this morning and the tournament will finish tomorrow.

See Sunday’s paper for the final results of the tournament.