Cents and sensibility of being a bridesmaid 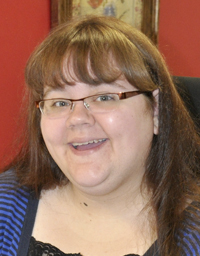 Now, granted, I’ve never been a bride, and it will probably be some time before I am one, but that hasn’t stopped my other friends from tying the knot. I’ve learned, as I approach my mid-20s, that this is, apparently, the pivotal time for women to land a man. And what better season to do it in when birds are chirping, animals are frolicking and the humidity reaches its highest index.

Yes, weddings are everywhere, and it’s not the worst idea to plan your wedding during the summer. For instance, flowers are in full bloom so you’d have your pick of your floral arrangements, travel is much easier (as far as winter road and air conditions go), and as stated in my column last week, families have an easier time getting together when all of the young students don’t have to work around school and athletic schedules. Not to mention, for Minnesotans, the lakes aren’t frozen this time of year, so I’m sure there are a few beach weddings out there!

This summer alone I plan on attending four weddings, thankfully only as a guest. Nevertheless, I have several friends who not only are in attendance to several weddings, but are part of the wedding parties as well.

A dear friend of mine, Rachel, is a part of four wedding parties with various roles assigned to her this summer. What a great honor for her to be a pivotal part in so many people’s special days! As it were, she and I were discussing these weddings over authentic Mexican food and libation and it struck me that being in so many weddings in one season does quite a number on the pocketbook!

Even the most frugal of weddings can cause a crunch on cash for a wedding party. With gifts, hotel rooms, dresses, shoes, manicures, pedicures, jewelry, makeup and hair those pretty pennies add up, not only for the ladies, but the gentlemen as well.

As a part of the wedding party, you’re also a part of the bachelor/bachelorette parties, showers, luncheons and rehearsal dinners. Whew!

Now, don’t get me wrong, I’m not saying you should grab some fabric and try to create your own bridesmaid gowns (unless that’s your thing) for the sake of your wedding party who may have minimal pocket money. What I am saying is that playing it casual and mellow for your bridal party is becoming more and more popular in the wedding scene. Any dresses or suits that can be used more than just at your wedding is becoming the highlight for many a bridesmaid.

There’s a romantic comedy called “27 Dresses” that mocks the role of the popular bridesmaid as a closet of bridesmaid dresses fills to its brim with hideous and sometimes enchanting and elegant dresses.

There is also the Oscar-nominee “Bridesmaids,” which is by far the funniest thing pertaining to weddings on film as it mimics and highlights the prestigious role. At some point, in the blink of an eye, it’s no joke when you finally relate to “that girl.”

Regardless of whether it’s on a screen or playing out right before your eyes, bridesmaid dresses are a fact of any female’s life. There will come a time, at some point or another, where you will be asked to be a part of a wedding.

You will be giving your soul to your bride friend for a short period of time. You will be trying on different dresses of multitudes of colors, styles and sizes. You will be gorging yourself on breakfast bakes and coffee bars, wedding cake samples, cupcakes and other sweet musings that must be tested before reception. You will be asked by a photographer to stand in an uncomfortable, possibly awkward position for satire’s sake (because it’s cute).

You’ll be asked to grab random things (cotton swabs, buttons, band aids, duct tape, lip gloss, bottle of water) right before the wedding to make sure everything is perfect.

You’ll be asked to do all of these things because your friend has asked you to bear witness to her union with the person she loves the most, and what a true honor that is to experience.

Katie Mullaly is a residence coordinator at Waldorf College in Forest City, Iowa.