‘Covered head to toe in bites’ 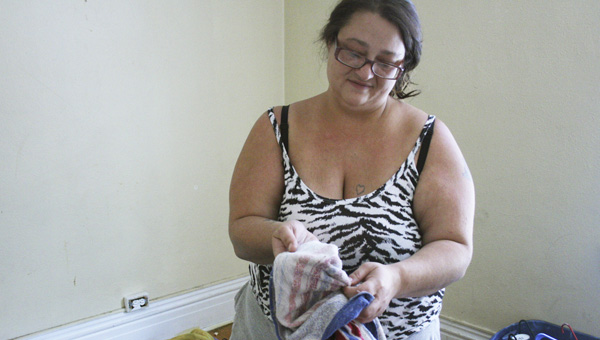 Albert Lea Downtown Homes renter Melinda Duncan shows a dead bedbug on a towel Friday in one of the bedrooms in her apartment. -- Sarah Stultz/Albert Lea Tribune

A group of residents living in the Albert Lea Downtown Homes are taking matters into their own hands after bedbugs have reportedly spread to every floor of the complex.

Resident Melinda Duncan, who lives on the second floor, said she and others in about six apartments have retained a lawyer through Southern Minnesota Regional Legal Services.

If no professional action has been taken by the owner of the Downtown Homes before the end of the month, she and the others will file a lawsuit, she said. 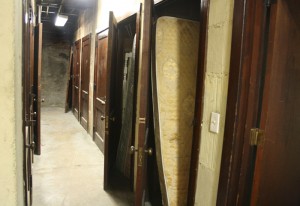 Several mattresses are placed in a storage area in the basement of the Downtown Homes in Albert Lea on Friday. Numerous tenants have spoken out about having bedbugs in their apartments. --Sarah Stultz/Albert Lea Tribune

Duncan said she moved into the complex, 133 W. William St., in October.

When contacted Friday, Matt Lebartnant, spokesman with Pro 1 Property Management, that runs the facility, said representatives with American Pest Control of Albert Lea will be coming to the complex at 4 p.m. Monday.

The manager will be at the complex at 1 p.m. to notify people about the exterminator.

“They are going to come back until the problem is resolved,” Lebartnant said. “We need the help of the tenants to maintain and clean their apartments.”

In the meantime, some residents are doing all they can to cleanse their apartments of the bugs.

Don and Gina Hernes, who live in the basement of the building, threw out their bed and have bombed their apartment — which has helped — and they plan to do it again in two weeks.

Duncan first started noticing the bloodsucking bugs, which like to hide in crevices or among clothing during the day, in November.

A single mother living with two of her children, she said it has become “one big huge chaos” in the apartment.

“We’re tired of living like this,” she said. “We shouldn’t have to.”

Duncan and Tina Larson, who live on the third floor above Duncan, said the management of the building sprayed for the bugs on their own, and the problem got worse.

Albert Lea Fire Capt. Mark Roche said he was notified about the situation after a renter at the complex contacted him. When he went to the building to investigate, additional renters complained of the same problem.

Roche said he, along with representatives from Freeborn County Public Health and Environmental Services, have been involved in the situation, which they thought was improving.

“We thought they had been spraying,” he said. “We thought it was under control, but it has gotten worse.”

He noted there is evidence of the bugs on each floor of the building but was unsure whether they were in each apartment.

To eradicate the problem, the Inspection Department is requiring the owner of the company to get a state-certified exterminator into the building.

The owner has until the end of June for the exterminator to make its first application. They also have to have a long-term plan to guarantee the problem won’t happen again.

“My first goal is to make sure this bug issue is under control,” he said.

Roche said after the bedbug issue is resolved, the department will also look at some other problems reported with the building.

He said there seems to be enough concern to actually move the inspection ahead of the normal three-year rotation.