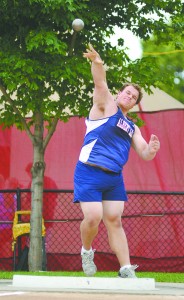 DeBoer broke a school record by .25 inches and is the first male to score in the state meet from Albert Lea since Ethan Marquardt did in 2009.

Senior Isaac Staat ran in the 800-meter run on Friday in his second ever state meet.

He ran in the preliminaries, but not advance to the finals. 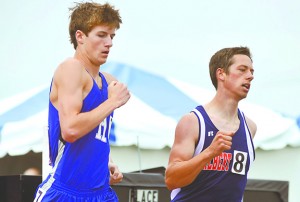 “He gave it his best effort running with the leaders for the first lap,” Tigers coach Kevin Gentz said. “Both boys represented Albert Lea very well, and we are extremely proud of their accomplishments, dedication, sportsmanship and character. It has been a priveledge coaching them.”

In the girls’ competition, Chrissy Monson ran in the 3,200-meter run on Friday and the 1,600-meter run Saturday morning.

Monson finished sixth in the 3,200-meter run. Look for the results of Monson’s run in the 1,600-meter in the Monday edition of the Tribune. 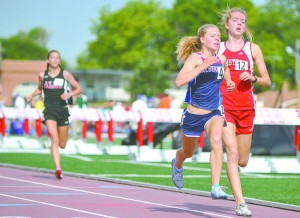 See more photos on Page 2B.