Do you know this flag? 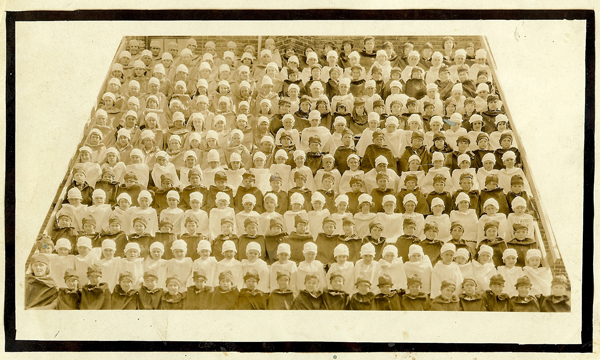 An unusual photo has some Freeborn County Historical Museum employees and volunteers scratching their heads.

Since today is Flag Day they thought they would ask the public for help in identifying a photo of a “living flag.” The above photo was most likely taken around the years of 1917 or 1918 at North Side School, a grade school, in Albert Lea.

Local historian Ed Shannon said the school was located at the corner of Johnson Street and Marshall Street; it is now a condominium.

Some clues about the photo were published in a 1949 edition of Hi Lites and Shadows, by Irv Sorenson. It said a living, singing flag was made in honor of Decoration Day. Decoration Day is now called Memorial Day.

It is also unclear where the photo was taken, but it looks as if the children are situated on wooden bleachers in front of a large brick wall or building.

If you have any information about the photo please email kelli.lageson@albertleatribune.com or call 379-3439.