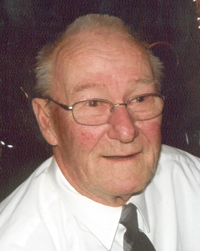 A funeral service for Doyle will be at 10:30 a.m. Wednesday at the First Lutheran Church, 309 North 9th Street, Northwood, Iowa, with the Rev. Karen Rossing Grandall officiating. Burial will be in the London Deer Creek Cemetery, rural Northwood. Visitation will be from 5 to 7 p.m. Tuesday at the Conner Colonial Chapel, 1008 First Ave. South, Northwood. Visitation will also be held one hour prior to service time on Wednesday at the church.

Doyle Leslie Eilertson was born on Dec. 15, 1938, in Albert Lea, the son of Leslie and Irene (Godfrey) Eilertson. Doyle was baptized and confirmed at the Deer Creek Valley Lutheran Church, rural Northwood. He attended Deer Creek Valley Country School No. 4. Doyle was united in marriage to Barbara Harders on Nov. 15, 1959, at the Redeemer Lutheran Church in Rochester and to this union four children were born, Jeanette, Gene, Rob and Diane. After their marriage they lived in rural London, where Barb and Doyle farmed for a few years. The family moved to Northwood in February 1964. Doyle worked at the Northwood Elevator, beginning his elevator career at the age of 16, and continuing until 1991, when health reasons caused him to retire.

Doyle enjoyed camping, tinkering with lawn mowers and old tractors, sharpening chain saws, helping neighbors, but most of all spending time with his family and visiting with people.

Doyle was a member of First Lutheran Church in Northwood, and was on the Northwood volunteer Fire Department from December 1965 until May of 1992. Doyle was also a very active 22 year member of AA.

Doyle was preceded in death by his parents, Leslie and Irene Eilertson; wife, Barbara on July 12, 2011; daughter Jeanette Zipse on Jan. 29, 2009; a sister-in-law and brother-in-law, Kay and Ken Small.