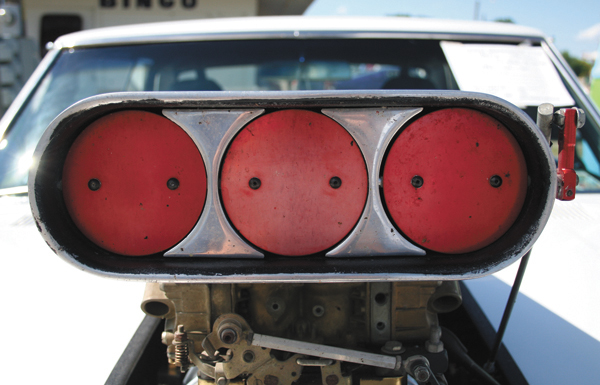 Albert Leans and visitors alike are ready for a weekend of rock ’n’ roll, classic cars and maybe even some exercise. 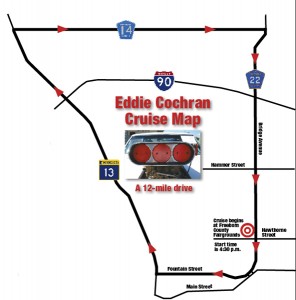 The 26th annual Eddie Cochran Weekend starts tonight with a social at the Country Inn & Suites on East Main Street in Albert Lea starting around 5 p.m. There will be trophies awarded including “Oldie but Goodie,” “People’s Choice” and “Long Distance.”

On Saturday the fun continues. Starting the day at 7:30 a.m. is the walk/run for the hospice program at Mayo Clinic Health System in Albert Lea.

Registrants can sign up for the car show and swap at the fairgrounds from 8 to 11:30 a.m. The show will be from noon to 4 p.m., with trophies awarded around 3 p.m. There is a $10 fee for registering.

On Saturday there will also be a motorcycle rally put on by the Southern Minnesota H.O.G. from 11:30 a.m. to 6 p.m.

On Sunday, United Methodist Church in Albert Lea is having a rock ’n’ roll worship at 10 a.m. The worship will be followed by a lunch.

The weekend celebrates Albert Lea native Eddie Cochran. Cochran was born Oct. 3, 1938, in Albert Lea. He started playing guitar when he was 12 years old and toured as a country music performer in California. He switched to rock in 1957 with “Sitting on the Balcony.” Other hits of his include “Summertime Blues,” “C’mon Everybody,” “Something Else” and “Jeannie, Jeannie, Jeannie.” Cochran died in 1960 when the cab taking him to Heathrow Airport crashed.

All events will be held rain or shine. This year the Albert Lea Convention and Visitors Bureau, Freeborn County Historical Museum and volunteers Jerry Monson and Terry Perkins planned the event.