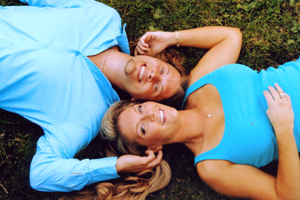 Erica is the daughter of the late Kathryn Jordahl of Albert Lea and Paul Jordahl of Grass Valley, Calif. Grandparents are the late Milo and Henrietta Brabec and the late Kenneth and Sybil Jordahl.

Seth is the son of James and Deanna Larson of Albert Lea. Grandparents are Helen and the late Orlan Larson, Arnold and the late Joan Troe, all of Emmons, and Paul Bauer of Fort Meyers, Fla.

The bride is a registered nurse employed by Minnesota State University, Mankato, as a nursing clinic instructor.

The groom is a subcontracting carpenter with Iron Cross Construction and lead singer of the band Bad Monkey.