Tom and Laurie Minehart of Albert Lea, George Bryant of Libertyville, Ill., and Angeline Bryant of Mundelein, Ill., announce the engagemet of their children, Danielle Minehart and Jeffrey Bryant. 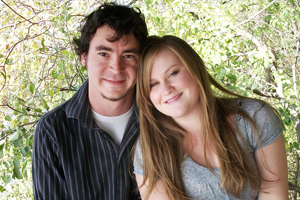 Grandparents of Danielle are Jerry and Beverly Blakeslee of Albert Lea.

Jeffrey is a 2005 graduate of Libertyville High School, a 2007 graduate of Lincoln College and a 2009 graduate of Western Illinois University where he received his bachelor’s degree in broadcasting. He is currently working on his master’s degree in fine arts and communication. He works at Alamco Wood Products.

A wedding is planned for Sept. 1 at Christ Episcopal Church.