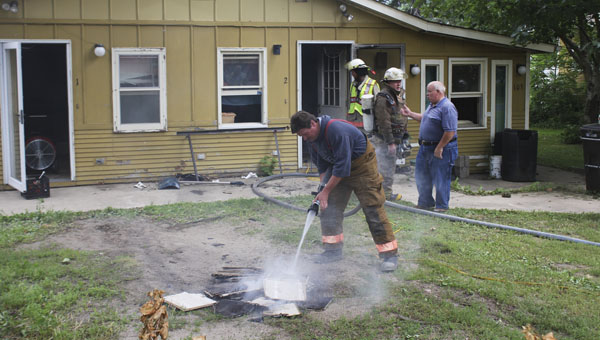 GENEVA — A fire scorched the kitchen area of an apartment of a duplex in Geneva on Thursday.
The fire was in Apartment 2 of 103 Second St. SE. The tenant, Dean Wegge, was unharmed but was taken by ambulance as a precaution to be checked for possible smoke inhalation. 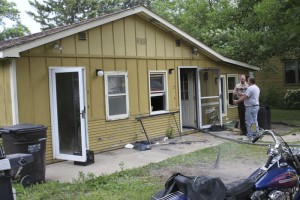 Geneva Fire Chief Greg Bartsch said the fire started on the stove in the kitchen. It burned into the cabinetry, the ceiling tiles and into the attic, which is where firefighters halted the advance of the flames. The structure remains sound.

The firefighters came straight from battling a house fire in Ellendale, which explains why so many departments arrived. Firefighters came from Geneva, Clarks Grove, Hollandale, Ellendale and even Owatonna. Ellendale ambulance was at the duplex fire, too.

The duplex is owned by Jeremy Hohansee. He declined to comment.

The tenant in Apartment 1, Clarence Waters, was sleeping at the time of the fire. Firefighters awoke him. He was unharmed. Both tenants had one cat each. Both cats were unharmed, too.

Bartsch said his department’s pumper was in Ellendale about ready to go. Firefighters were draining their drop tank when the call came in.