The Rev. Frederick H. Hagen, 88, died June 21, (on the 48th anniversary of his ordination in Geneva) at his home in Burnsville after battling cancer.

Fred was born Nov. 12, 1923, in Toledo, Ohio, to Henry and Margaret (Hahn) Hagen. His mother died when he was 9 months old and at 18 months he was placed in the Lutheran Orphans’ Home in Toledo, Ohio, (the youngest child ever placed in that orphanage) and lived there until age 18. 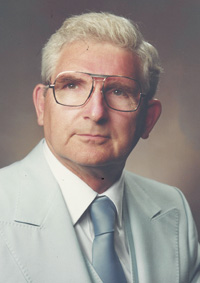 After working in the Merchant Marines on the Great Lakes, he entered the U.S. Navy during World War II and served on the USS Missouri. Upon his discharge, he returned to the Orphans’ Home to work a variety of jobs including as a boys’ supervisor. It was then that he met his wife, Dorothy Weckwerth of New Richland, who was also working at the orphanage.

They were married May 24, 1950, at St. Peter’s Lutheran Church in New Richland. Together they raised four children. He worked at several jobs (Luther Home of Mercy in Williston, Ohio; Mercantile Grocery in Clarks Grove and Johnson Laundry in Albert Lea) before deciding to go into the ministry.

Fred is survived by his wife of 62 years, Dorothy, and their four children and their families:

Services will be Monday.

A burial service will be at Hillcrest Cemetery near Albert Lea at 3:30 p.m. This will be followed by a memorial service at Bethlehem Lutheran Church near Myrtle at 4 p.m.