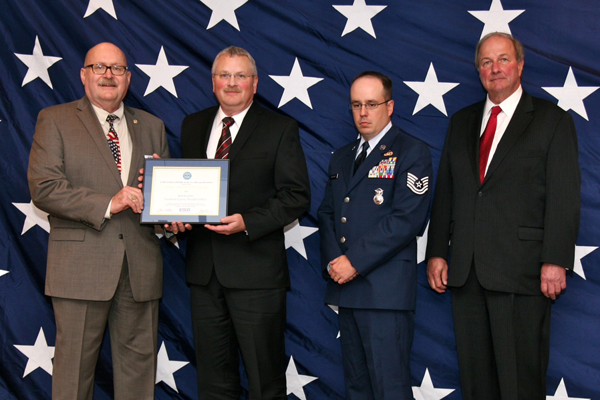 More than 350 military, government and business people attended the annual event which recognizes who have provided exceptional support for the men and women who serve in the Guard and Reserves. The award winners were chosen from a pool of over 400 nominations submitted by military members who felt that their employers had gone “above and beyond” their obligations in supporting them and their families.

The “Above and Beyond” Award is given in limited numbers by state and territory ESGR committees. It recognizes employers at the state and local level who have gone above and beyond the legal requirements for granting leave and providing support for military duty by their employees.