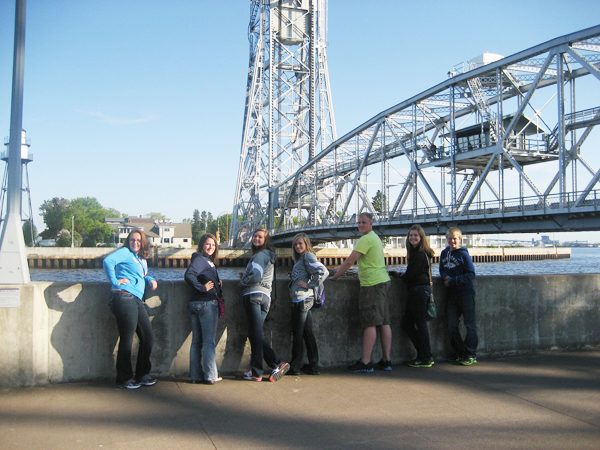 When you think of summer, you think about all of the fun, the laughter and the relaxation that you are going to have. Well, that is just what the Glenville-Emmons FFA Chapter recently did on their 2012-13 officer retreat in Duluth. The seven officers stayed at The Inn on Gitche Gumee on North Shore Drive and were chaperoned by their adviser, Angie James. 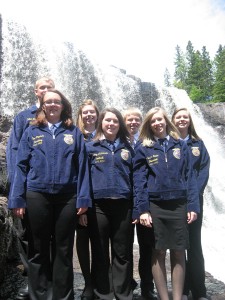 Before the officers got to Duluth, they made a little pit stop at the Dorothy Day Center in St. Paul to do some service learning to help give to the less fortunate. The officers sorted through huge boxes of donated food and organized the food into different categories for their food shelf.

Madi Ziebell, Glenville-Emmons FFA historian, said that this experience made her feel good about herself because she has never done anything like this before. She also said that the officer team worked very well together and that after this experience, she feels that the team is now a family.

While in Duluth, the officers took a great look at the scenery around them that Duluth had to offer. The officers took a trip to Gooseberry Falls, where they took their officer pictures, had a picnic and took a hike. After Gooseberry Falls, the officers then took some time to eat a delicious piece of pie at Betty’s Pies. That same night, the officers went to Canal Park to shop, see a few ships make their way through the Aerial Bridge and play some laser tag at Adventure Zone. The officers also worked on their leadership goals, as well as an understanding of the responsibilities that their position on the FFA officer team came with.

On the way home, the fun did not stop there just yet. The officers enjoyed some fun at Spirit Mountain. There, they had a choice of going down the Alpine Coaster or the Zip Line which went a whopping 700 feet down the mountain.