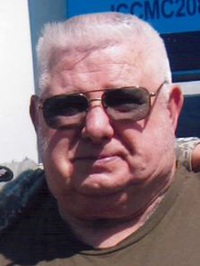 He was born Aug. 18, 1935, in Hayward, the son of Elmer and Lois (Manges) Schroeder. He grew up in and around the Albert Lea area. He served in the United States Navy and was stationed in Norfolk, Va. After the service, he returned home and worked for the City of Albert Lea. He then moved to Owatonna where he worked for Owatonna Manufacturing Company. He married Betty Grubisch and they had five children. Howard owned and operated Howie’s Standard for many years. Betty and Howard later divorced. He then owned and operated a small repair business out of his garage at home. He married Sue (Gray) Kuphal on Jan. 2, 1993, at Trinity Lutheran Church in Owatonna.

He enjoyed hunting in his younger years. In his older years he enjoyed fishing with his sons, grandsons, great-grandson and friends. He also enjoyed morning coffee at Hy-Vee with his many friends. Howard was a member of the Fraternal Order of Eagles in Owatonna, the American Legion and was active in the AmVets.

He was preceded in death by his parents; two brothers: Kenneth and Chuck Schroeder.

Visitation will be at Michaelson Funeral Home from 2 to 5 p.m. Sunday and on Monday from 9:30 to 10:30 a.m. Funeral services will be held Monday, June 18, 2012, at 10:30 a.m. at Michaelson Funeral Home with the Rev. Julie Malone officiating. Interment will be in the Owatonna Memorial Gardens in Owatonna with military honors provided by the Steele County Military Funeral Unit.