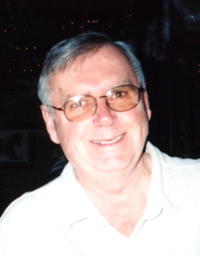 Jim was born in Albert Lea and resided in Gordonsville before moving to Albert Lea in 1981.

Jim was a graduate of Glenville High School and served as active duty in the Airforce from 1962 to 1966 and in reserves for another two years.

Jim married Barbara Ann Bighley in 1983 and they recently celebrated 29 years of marriage.

Jim was a 32-year employee of Alliant Energy retiring in 2005 from his position as warehouse manager. Being the town “meterman” for years he was well known in the community and for his good sense of humor.

Jim enjoyed walking the local trails, was a member of the Eagles Club and enjoyed playing pull-tabs and was known to also enjoy his visits to Diamond Jo and Mystic Lake.

He was preceded in death by his parents: Gilbert and Genevieve Bighley.

Jim made the honorable decision to donate is body to Mayo Clinic for research. Per his wishes an informal celebration of his life will take place at the Albert Lea Eagles Club from 2 to 4 p.m. June 16. Everyone is welcome.