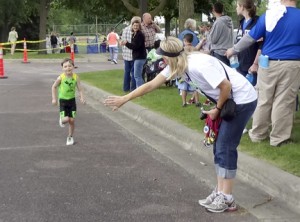 A woman reaches out to give a runner a high-five at the Land Between the Lakes kids triathlon June 2. 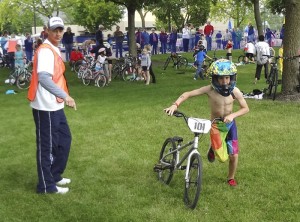 A boy runs with his bike during the kids triathlon on June 2. There was swimming at the City Pool, biking at Blazing Star bike trail and a run at the boat landing. 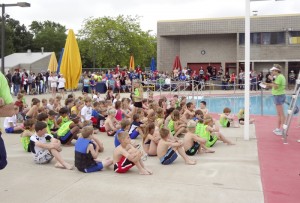 Kids listen to instructions at the city pool on June 2 for the swimming portion of the Land Between the Lakes triathlon.