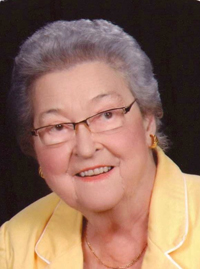 Marge was born March 27, 1932, in Winona to William and Mary (Degnan) O’Reilly. She graduated from Cathedral High School (Cotter). She and Richard “Dick” Culhane were married May 24, 1952, at St. Thomas Pro-Cathedral in Winona. They made their home in Winona until moving to St. Charles in 1964. Marge worked for the St. Charles Press serving as office manager from 1977 until her retirement in 1993. Dick died Aug. 15, 2000.

She was a member of St. Charles Borromeo Catholic Church where she was an active member of the St. Jude’s Unit and the Rosary Society. She was also a member of the Legion Auxiliary. She enjoyed knitting, baking, spending time with her friends and family and was especially proud of her Irish heritage.

She was preceded in death by her husband Dick; infant son William John; as well as her sister Mary Patricia Clark; and brothers: James O’Reilly and William O’Reilly.

A funeral mass will be at 11 a.m. Wednesday at St. Charles Borromeo Catholic Church in St. Charles with the Rev. Kurt Farrell officiating. Burial will follow in Calvary Cemetery. Friends may call from 5 to 8 p.m. today at Hoff Funeral Service in St. Charles. They may also call one hour before services at the church. Please share a memory of Marge and view her online tribute video when it becomes available at www.hofffuneral.com.