Albert Lea resident David Shoff is giving it another try. 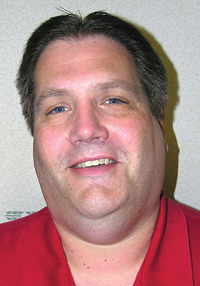 He will face off against incumbent 3rd District Commissioner Jim Nelson, who has a farming and trucking background, and Ron Steckman, the former Freeborn-Mower Cooperative Services president.

Shoff, who is starting a business to help hotels with sales and marketing, said when he ran for and lost the same seat in 2008 he thought that would be his last run for office. However, in the years that have followed, he has seen numerous trends taking place in the county that make him concerned.

He wants to see what he can do to reverse these trends.

“We need to kickstart it, and we need to get the growth moving,” said Shoff, 48.

He talked about how he and his wife, Laurie, have a 1-year-old son, Peter, and when he looks at the future of Freeborn County, he’s worried about where the county is headed.

“I refuse to believe the best of Freeborn County is behind us,” he said.

He suggested forming a committee made up of city, county, chamber and school district representatives to discuss how to grow the county.

One of those, for example, is what to do about Bridge Avenue. Shoff said he thinks the north end of Bridge Avenue needs to be changed to include stoplights and turning lanes.

Another key issue is the Albert Lea Lake dam.

Shoff said he plans to get out and meet with as many voters as he can possibly reach and talk about their concerns.

“I believe in this county, and I believe that we can be successful,” he added.