Minnesota shuttle has stops in A.L. 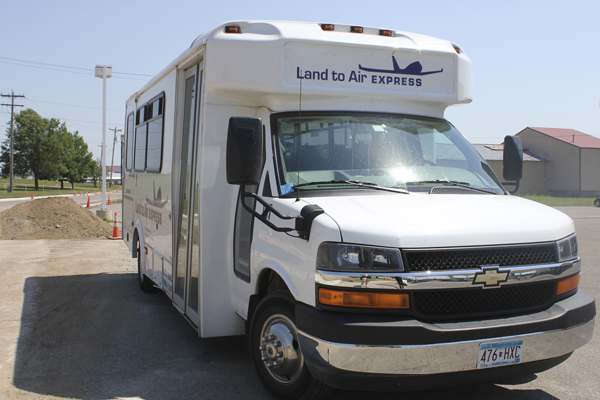 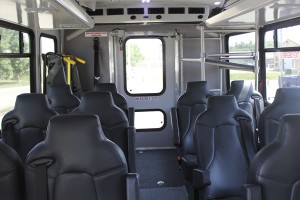 The inside of a Land to Air Express bus, has leather seats with seat belts, a wheelchair ramp and a TV set in the top right side of the bus.

People living in the Albert Lea area for the past seven months have been taking advantage of a new service to get to Mankato and Rochester.

Land to Air Express has shuttles that began stopping at Ole’s East Side Shell in Albert Lea in late November. The company began out of Mankato in 1983.

The company offers private shuttles, too. If customers want to travel with family or with a group, they can reserve a shuttle.

The company is owned by Jefferson Lines, which has buses that stop in Albert Lea at Ole’s East Side Shell, too.

The Land to Air

Express bus travels from Mankato to Albert Lea to Austin to Rochester seven days a week. The bus goes to Rochester International Airport and Mayo Clinic while in Rochester.

Land to Air Express advertises itself as a stress-free service. Their ad states that riding the shuttle bus saves time, money and aggravation.

Tickets for the shuttle can be purchased online at landairexpress.com, over the phone at 507-625-3977 or right at Ole’s East Side Shell gas station. The tickets cost $20 per person. Land to Air Express is having a buy-one-get-one-free special right now.

The buses hold 14 people, are wheelchair accessible and have a flatscreen television in the right side of the bus.