The reporter who interrupted the president

If a reporter from an ideologically-anchored publication interrupts a President by shouting out questions right in the middle of his statement and it’s unprecedented, will some partisans immediately rush to his side to defend him and claim this is the way real, respectable, professional journalists operate? Yep. 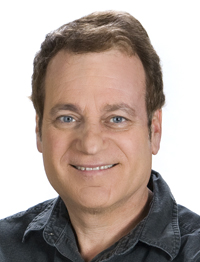 Will all his fellow partisans defend him? Happily: Nope. But once again the bar has been lowered on how political business is conducted in the United States — lowered so far that the sharks are now ordering Bloody Marys.

The bar was lowered on June 15 when The Daily Caller reporter Neil Munro interrupted President Barack Obama as Obama was delivering a statement on his administration’s historical immigration policy shift. Munro later claimed he didn’t intend to interrupt, but at least one journalist there insists it was clear he did and video confirms that view.

Munro yelled a question akin to one that would be screeched by an ideological cable talk show host: “Mr. President, why do you favor foreign workers over Americans?” The defenders (the green-card carrying) Munro, including his enabling, cheering-section boss Tucker Carlson, later defended his question, equating Munro with retired ABC newsman Sam Donaldson’s shout outs to President Reagan. Donaldson told The Huffington Post: “Never once did I interrupt a president in any way while he was making a formal statement, a speech, honoring awardees or in any other way holding the floor.”

In reality, Munro wasn’t emulating Donaldson. He seemed to be channeling the late, obnoxious Morton Downy, Jr. Some conservatives later got footage showing Reagan interrupted as he was turning a podium over to someone else. But the bottom line is authentic journalists at all media levels and political persuasions have never screamed out questions at public officials who are speaking, even if they don’t think they’re getting answers.

If journalists interrupted every politician they felt was not being candid answering questions, politicians would have to learn to sign and mime. And Mitt Romney — who evaded Bob Schieffer’s question several times about what whether he’d rescind Obama’s immigration order — would be the first in line.

The larger issue is that we’re again seeing the bar lowered on expected and “given” behaviors in American discourse in the never ending partisan struggle for power and political dominance. It’s not just about civility. It’s about being willing to listen to another point of view without trying to drown someone out, keep him from making an argument, or demonizing him.

If this behavior is allowed to stand and not totally repudiated, then it will occur again. And if it does, say goodbye to any vestige of politicians or leaders being allowed to finish statements or speeches without being interrupted by some loudmouth who wants to advance his career, or who has a political axe to grind, or who has an editor who realizes that notoriety brings hits, readership and audience share from many like-minded, angry partisans.

Reporters everywhere let officials deliver speeches and public statements and ask questions after. When I was a reporter in Spain, India, Baja California, California and Kansas, not one American or foreign reporter would ever interrupt an official speech or statement because they were there to gather information — not to halt information that was being given.

Top conservative media types (Michael Medved, Bill O’Reilly, Bill Kristol and Chris Wallace) were critical of Munro and Carlson. Meanwhile, CNN’s Don Lemon did a withering piece taking Munro and Carlson to task — even asking Carlson how he would have liked it if someone had interrupted him when he was performing on “Dancing with the Stars.”

And Carlson? His descent from a once promising young, serious conservative pundit into partisan hackery was complete when he told Fox News’ Andy Levy that he was “proud” of Munro and not worried about “thinking through the consequences for society.” (Oh.)

Due to his being an editor who enables and encourages his reporters to discard worldwide standards of journalistic behavior, I suspect even the sharks wouldn’t let Carlson sit at their bar far below.

They’d tell him to go jump in the lake — and sit with the crappies.

Joe Gandelman is a veteran journalist who wrote for newspapers overseas and in the United States. He has appeared on cable news show political panels and is editor in chief of The Moderate Voice, an Internet hub for independents, centrists and moderates.