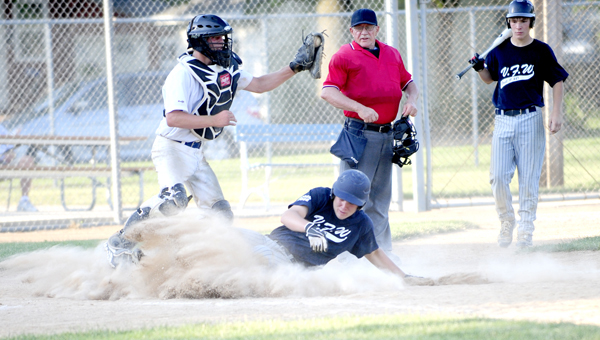 Alec Avery slides into home in the bottom of the sixth inning to tie the game against Northfield on Wednesday 6-6. -- Brandi Hagen/Albert Lea Tribune

The Albert Lea VFW picked up their second win of the season on Wednesday as they beat Northfield 7-6. 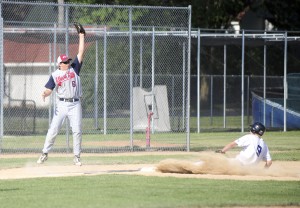 Dalton Carlson jumps for the ball during the top of the second inning on Wednesday as a Northfield player slides into third.

The game was tied after the third inning 4-4. It stayed that way until Northfield scored two runs in the top of the fifth.

Albert Lea’s Christian Roche sent two players home in the bottom of the sixth to tie the game and Zach Bordewick scored the game winning run.

According to Albert Lea coach Corey Thomas, it was the first game his team has played without any errors.

“Our defense started the year out struggling and it has improved which is one of the reasons for the victory today,” Thomas said.