Memorial services for Warren Wesley Rosenau of Albert Lea will be at 11 a.m. Wednesday at the Trinity Lutheran church of Albert Lea. The Rev. Curtis Zieske will officiate. Friends may greet the family one hour prior to the service at the church. Interment will be in Graceland Cemetery. 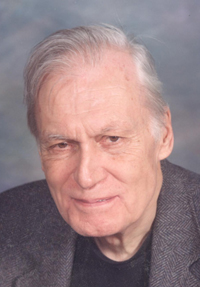 Warren was born Sept. 17, 1927, in Le Seuer County, the son of Wesley and Esther (Jepson) Rosenau. He graduated from Le Center High School and Mankato State University with a degree in business administration. He was a member of Trinity Lutheran Church for over 60 years and was active in the Bible study group.

Warren had been employed by the first National Bank in Albert Lea for over 20 years and as a property manager for Dress Reality for many years. He was club secretary for the Albert Lea Stamp Club and a member of the Numismatist Club. He enjoyed stamp collecting, coin collecting and anything having to do with history, especially naval history. He also traveled extensively with his parents.

He will always be remembered for his intelligence (he was very well read and never forgot birthdays or holidays), his mild manner and soft-spoken way, and his ability to recall most any moment of his life travels and experiences. Warren always enjoyed the company of friends and never had a harsh word for anyone.

Warren is survived by his unofficially adopted family: Bridgett and Todd Coughlin, Jodi and Jennifer Moen, Teaghen Tolbers and the whole Kinney family.