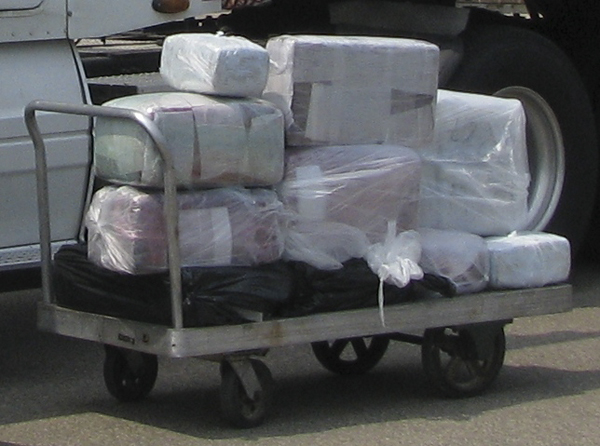 ELLENDALE — What started as an equipment-related traffic stop on Interstate 35 for a trooper with the Minnesota State Patrol ended up uncovering 235 pounds of marijuana and the arrest of two men, thanks to the help of a dog named Diesel.

ELLENDALE — What started as an equipment-related traffic stop on Interstate 35 for a trooper with the Minnesota State Patrol ended up uncovering 235 pounds of marijuana and the arrest of two men, thanks to the help of a dog named Diesel. 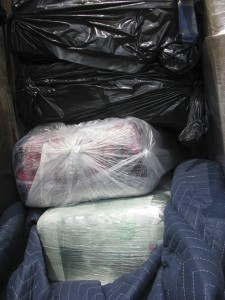 At about 11 a.m. July 5 near the Ellendale exit, a northbound state trooper passed a tractor-trailer and noticed the front mud flap for the drive axle was stuck under the front of the tires and emitting smoke. He stopped the semi for having unsafe equipment, according to court files.

The two men told the trooper they were unaware of the mud flap being stuck, and they said they were taking turns driving. Rodriguez was the driver when the trooper stopped the truck, court papers allege.

Shipping papers declared that the truck’s load was picked up at Berry Plastics Corp. in Anaheim, Calif., on July 2 and was being hauled to a Target store in Greensboro, N.C. 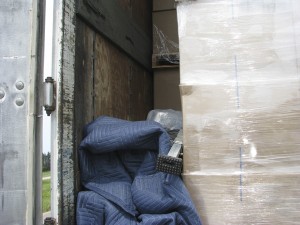 The trooper “asked Vazquez what he was doing in Minnesota due to the fact the load was going to North Carolina. Vazquez stated that he was going to drop off part of the load in St. Paul.”

The court files said the shipping papers didn’t indicate a drop in Minnesota. The trooper called for a second trooper and a commercial vehicle inspector.

A drug-sniffing dog, Diesel, was used to sniff around the semitrailer.

The second trooper asked Vazquez to open the rear doors, and Vazquez complied. The troopers spotted packages behind a blue blanket, then unloaded 11 packages.

“Some of the packages contained red-colored grease and others contained dryer sheets, and all were very tightly wrapped,” the court papers state.

The next morning, troopers tested the substance positively for marijuana, the court files state.

According to the Owatonna People’s Press, Vazquez and Rodriguez appeared Monday in Steele County District Court. They were each detained on $50,000 bail, with no terms for release. They are slated to appear July 18.