Funeral services for Adam Richard Christenson, 30, of Albert Lea, will be at 10:30 a.m. Wednesday at New Life Christian Church. The Rev. Vern Harris will officiate. Interment will be at Graceland Cemetery. Visitation will be from 4 to 7 p.m. Tuesday at Bayview/Freeborn Funeral Home and one hour prior to the service at the church. Online condolences are welcome at www.bayviewfuneral.com. 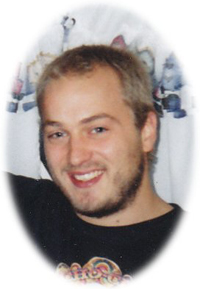 Adam Richard Christenson was born on March 18, 1982, to Richard and Kim (Karsjens) Christenson in Albert Lea. He attended school at Albert Lea and Glenville/Emmons. Adam had various jobs, including working at Christenson Landscaping, ABC Seamless Siding, working on wind turbines and recently at Sorensen Bros. Adam enjoyed riding his ATV, dirt bikes and motorcycles. Adam was a gifted handyman and enjoyed helping others. He loved spending time with his family, many friends and his dog “Buddy.” Adam was a laid back, easy going guy with a special ability to make everyone laugh. He was always there for anyone who needed him. He will be greatly missed by all who knew him. His kind spirit will be with those he loved always.