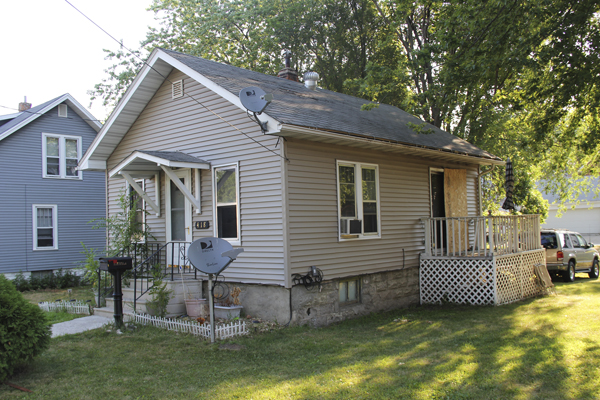 Plywood covers a side door this morning of the house at 418 Garfield Ave. in Albert Lea. - Tim Engstrom/Albert Lea Tribune

An Albert Lea house was damaged by fire Sunday afternoon after unattended candles in the bedroom of the house reportedly started the room’s curtains on fire. 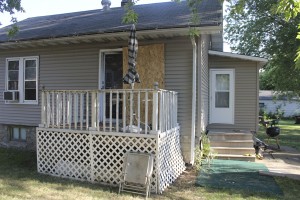 According to Albert Lea Fire Department Capt. Mark Light, the fire at 418 Garfield Ave., was called in to firefighters after 3:30 p.m. Sunday.

Light said at first, firefighters were unsure whether anyone was home, but after making some calls, the neighbors found out all of the residents were at Home Depot.

When firefighters arrived at the house, he said there were no visible flames showing from the outside, but there was heavy smoke that could be seen inside, as well as coming through the roof vents.

Though the fire was contained to the bedroom, there was smoke damage throughout the house.

The house, in the block between East Main Street and Ramsey Street, is owned by Marisela Lopez. However, the mailbox indicates a different name for the resident. It was unclear as of press time who resides in the home.