The third and final film in a trilogy is always the most problematic. It is often the most difficult to follow and the least liked, cluttered with characters and loose plot points from the two previous films, which it must resolve. Fortunately, “The Dark Knight Rises” manages to avoid this trap. Director Christopher Nolan manages to gracefully end his Batman trilogy. 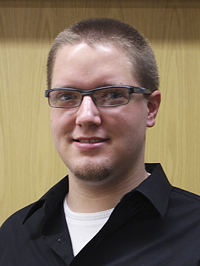 A quick summary of plot: Bruce Wayne/Batman (Christian Bale) comes out of years of seclusion in Wayne Manor to protect Gotham City from new criminal mastermind Bane (Tom Hardy). Somewhere in the murky gray moral area between them, and with motives of her own, is master thief “cat” burglar Selina Kyle/Catwoman (Anne Hathaway).

Much of the cast from the first two films returns, including Gary Oldman as Commissioner Gordon, and Michael Caine as Bruce Wayne’s loyal-but-worried butler Alfred.

There is also the new addition of a significant supporting character, a tough, idealistic rookie cop played wonderfully by Joseph-Gordon Levitt. For those who enjoyed Nolan’s “Inception,” that film shares much of its stellar cast of actors with “The Dark Knight Rises.” It seems Nolan has a small pool of actors he likes to work with, and they do an excellent job here as well.

Batman fans had reservations about this film. They questioned if Tom Hardy was the right choice to portray Bane. At 5 feet 9 inches tall, many didn’t think he was physically large enough; in the comic, Bane is a steroid-powered hulking brute capable of breaking Batman.

But Nolan must be given credit; he made Tom Hardy look enormous and completely believable as Bane. The inclusion of Catwoman also worried some, especially after seeing a leaked photo of Anne Hathaway prancing around in a pair of cat ears on set. Many thought she looked ridiculous in Nolan’s more “realistic” take on Batman.

But Nolan made it fit, and made it work (the cat “ears” are cleverly worked in as a pair of night-vision goggles that, when not flipped down over her eyes, look like the ears of a cat on her head).

There are a couple surprise characters thrown in that fans of the comic book will recognize, including one that is a completely unexpected “Easter egg” at the very end of the film, but I won’t spoil them.

There are even cameo appearances by Liam Neeson and Cillian Murphy, who were significant characters in Nolan’s first Batman film “Batman Begins.” This gives the whole trilogy a sort of symmetry and makes it more cohesive as a whole, rather than just three separate movies connected by a thin trail of plot and characters.

The antagonists in this film, Bane especially, have a particular hatred of the rich. Bane’s first crime in Gotham City is an attack and robbery of the city’s Wall Street-like trading floor.

Later roving gangs of thugs carry out an all-out assault on the wealthy, storming their mansions and dragging them into the street. This philosophy mirrors the Occupy Wall Street sentiment that has gained media attention recently. Nolan is good at tapping into these social trends in his films.

Many critics considered his previous Batman film “The Dark Knight” a study, at least in part, of the limits of police power and authority in a post-9/11 world. However, Nolan does not force-feed a political message to his audience. These aspects can be enjoyed by those who notice them, or ignored by those who simply want to enjoy a good Batman movie.

Philip Maras is an Albert Lea resident and aspiring author who spends a lot of time playing video games and watching movies.