Brent and Julie Jensen and Jeff Stene, all of Albert Lea, announce the engagement of their daughter, Jenna Marie Stene, to Elijah Bruce Riggle, son of Bruce Riggle of Glenville and the late Carin Riggle. 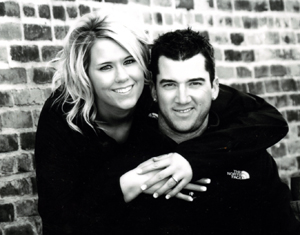 Jenna is a 2008 graduate of Albert Lea High School and is employed at Mayo Clinic Health System in Albert Lea.

Elijah is a 2004 graduate of Glenville-Emmons High School and is employed at Southern Minnesota Landscaping.

A wedding is planned for Sept. 8 at Trinity Lutheran Church in Albert Lea.