Susie and Weston Hulst are just like any other married couple. Except that they have one very important thing in common — fitness. The Hulsts both have careers in wellness and in the same city.

Weston, 27, works as a wellness director at Thorne Crest Retirement Community in Albert Lea. He works with the patients doing exercising to keep them strong and to prevent the injuries that come with aging. Weston said that the patients have a better quality of life through exercise. 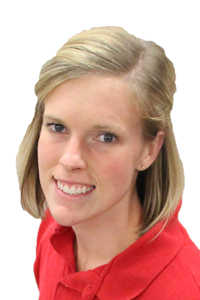 Last July Susie, 25, started working as the sports fitness director at the Albert Lea Family Y. She oversees classes, personal training and the summer day camp. Before starting at the Albert Lea Y, Susie worked at the Mankato YMCA and had to commute to work every day.

The couple moved to Albert Lea for Weston’s job at Thorne Crest in 2010. Susie and Weston both went to the University of Northern Iowa.

Weston was an exercise science major and played football throughout college. He hoped to train football players or be a personal trainer after college. For a while he was a fitness instructor at the YMCA in Des Moines, Iowa. He then found his calling in helping the elderly exercise and started his career as a wellness director.

Susie took a personal wellness class in college as a required course. She didn’t know that through that class she would find her passion for fitness. During college she was an aerobics instructor; the position led her to her future career. She also found something in common with her future husband.

The couple met through mutual friends in college. After being introduced on a night out with the group, the couple started dating. They married Aug. 14, 2010, and for their two-year anniversary in early September they are going on a cruise. 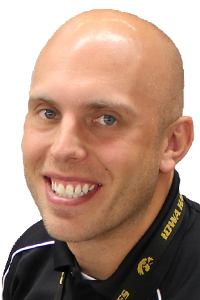 Susie and Weston have a 14-month-old son, Ryker. Susie said she and Weston hope that Ryker will be as active and fitness-oriented as they are. They won’t push sports on him if he isn’t into it, but when Susie takes him to work, Ryker gets excited by the sight of sports equipment.

“We want him to be very active,” Susie said.

The couple is aware of the sugary, corn-syrup filled, unhealthy foods often consumed by American children. Ryker will be raised to drink water instead of Kool-Aid.

For a question about their favorite flavor of Kool-Aid on their 30 Under 40 questionnaire they answered quite similarly.

“You know how much sugar is in that?” Susie wrote.

“2 cups of sugar per gallon? I don’t think so,” Weston said.

Read more about Susie and Weston Hulst in the 30 Under 40 special section inside today’s Tribune.