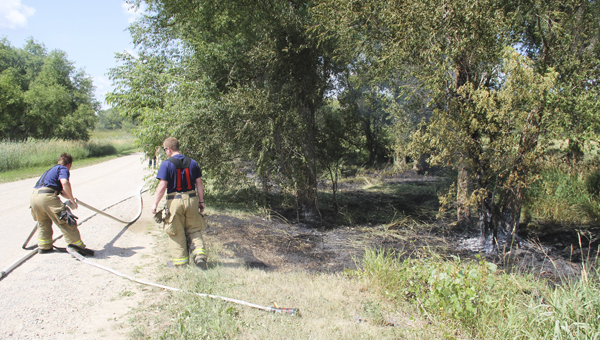 Albert Lea firefighters doused a grass fire Wednesday along the gravel portion of Commercial Street in the south part of Albert Lea.

The fire was contained to grass beneath a stand of trees but was at the west end of a large grassy field and could have become much larger. It is the same grassy field where 19 acres burned in April because boys were playing with matches.

Stories about the April fire: