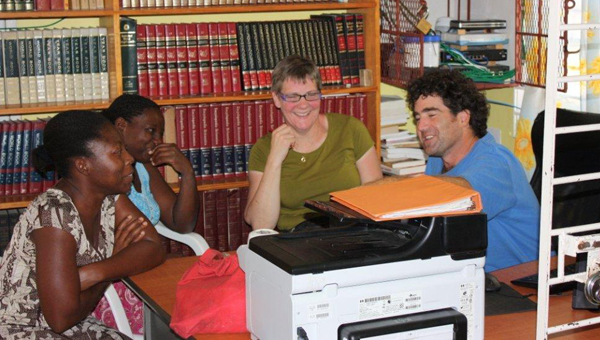 Locals enjoy the company of one another in the new Internet cafe in Accompong, Jamaica. “This is the first time these people have had Internet,” Dan DeBoer said. -- Submitted 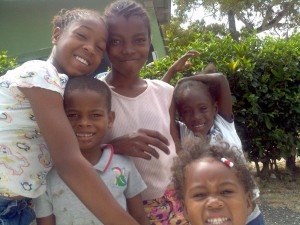 Five Jamaican children embrace outside an Accompong home. One of Dan DeBoer’s favorite things about his travels was the relationships he’s formed with the kids.

That group of men called themselves AZ-One, and Albert Leans might recall they are working on the Community Cornerstone project by restoring the St. Paul Clothier building at Broadway Avenue and Main Street. They call their missions to Jamaica JACOM. Specifically, they travel to Accompong, where the late Harald Petersen in 1995 was led by the Holy Spirit to build a community center.

JACOM stands for Jamaica Accompong Connection of Minnesota and took its moniker in 2004. It is one of the largest missions under the AZ-One umbrella. Dan DeBoer was Petersen’s business partner in Pro Trucking, which is located east of Trail’s Travel Center, since 1989.  DeBoer is one of the men that has made JACOM mission work a priority. After Petersen invited him to go along 10 years ago, he’s been hooked ever since.

“There is an overwhelming need there,” DeBoer said. “I developed a great connection with the people right away.” 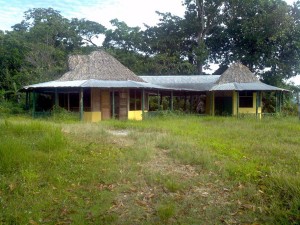 Two huts are connected by an walkway with a roof. These huts are part of the new campsite AZ-One just purchased.

That community center is called the Petersen Center and has been expanding ever since it was built. The third floor contains living dorms for traveling missionaries; the main floor contains a couple of classrooms, a cafeteria, kitchen, bathrooms and an office. The lower level has three more classrooms and a shower room.

The Petersen Scholarship Fund was another idea that became reality through Petersen. It was set up as an incentive for kids to go further than the sixth grade and is available for seventh-graders through high-schoolers. It has three qualifications: grades, attendance and attitude. A committee carefully selects the most deserving students, according to an AZ-One newsletter.

It currently has 11 students in the program. The money earned usually goes toward the expensive taxi rides that the students must take to get to their schools. Since the scholarship program was put into place, according to the newsletter, every grade’s GSAT scores have improved, increasing the students’ chances to attend a better secondary school. 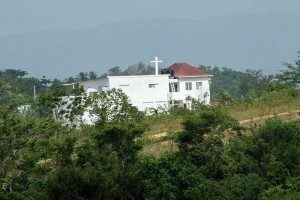 A far away view of the Petersen Center. Harald Petersen was the founder of the JACOM project.

In addition to the scholarship fund, a recently built Internet cafe strengthens accessibility to the outside world and allows students to complete schoolwork, research and have access to their mentors, DeBoer said.

“This is the first time those people have ever had Internet,” DeBoer said.

Petersen died May 8. Still, JACOM supporters are continuing to work for “God’s glory” and were thrilled to be granted permission on their June trip of this year to take over a 30-year lease on a much desired plot of land. The ideal use will be for retreats for the children from the main island. The land has a sturdy lodge, which will serve cafeteria-style meals for campers. The huts will be perfect for housing tents and sleeping bags. Campers will have a chance to wash up with running water in the shower rooms.

Since its formation, JACOM has sent a crew ranging from four to 30 people about four times each year to Jamaica.

“It’s been awesome to develop lasting relationships with the kids down there,” DeBoer said. “Just being able to watch them grow up is truly amazing.”

The AZ-One mission outreach asks the question, “How can the body of Christ work together ‘as one’ to build God’s kingdom in the Albert Lea area?”

But the giving spirit has extended far beyond the Albert Lea city limits.