The celebration of life for Ida Kathryn Paulson of Red Wing will be at 10 a.m. Saturday at Bonnerup Funeral Service in Albert Lea. Interment will be in the Oaklawn Cemetery in Emmons. 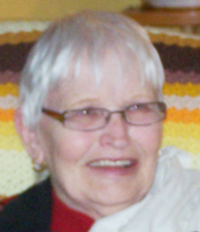 Ida Paulson passed away on July 3, 2012, at Potter Ridge Assisted Living in Red Wing. She was 77 years old.

Ida was born on March 11, 1935, to Elmer and Aaltine (Fossom) Helland. She attended Alden High School. On Sept. 26, 1967, she married Robert Paulson in Lead, S.D. Together they had six wonderful children. Ida’s life gave her a variety of living experiences throughout Minnesota and Wisconsin, living in Emmons, Detroit Lakes, Bemidji, Red Wing and Ellsworth. She received a degree in personnel management from Minnesota State University of Moorhead, and a degree in accounting from the Area Vocational-Technical Institute in Detroit Lakes.

Ida had a love for 4-H and her horses. In 1993 she was named Horseman of the Year, and the 4-H horse show was dedicated to her. From her start in 1943, she had been a part of 4-H by being a member, a parent, a leader, a riding instructor, horse judging coach, co-chairwoman and chairwoman of the state 4-H show and an overly dedicated volunteer. If a program was set up to benefit horses or youth, you could depend on her to be there to plan and organize any task that was asked.

Ida spent time organizing events that have benefited Camp Courage, St. Jude’s Research Hospital, 4-H clubs, the Minnesota State 4-H horse show and Itasca State Park. In 1977 she was one of two families that helped start an annual trail ride to benefit Camp Courage, riding from Fort Francis, Canada, to Camp Courage in Maple Lake. She received various honors in her life such as Woman of the Year-Dakota Clinic, and Outstanding 4-H Leader for Freeborn and Becker counties,