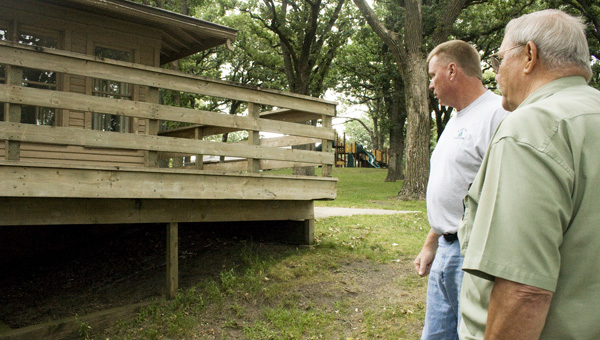 When Albert Lean Tony Trow was 8 or 9 years old, he attended an annual company picnic for Queen Stove Works at the Edgewater Cottage.

His childhood memory gives him an estimate of at least 600 people who attended.

Years later he went to the same building to help establish the Shell Rock River Watershed District and to campaign for the local-option sales tax that benefits local water projects.

Whether it’s for a meeting, a work party, a church event or a family reunion, he said most people in Albert Lea have attended an event at the cottage during their lifespan. 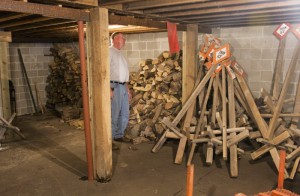 “Everybody you talk to has a story,” he said. “It’s generations.”

It is for this reason that Trow and several other Albert Lea residents are coming together to raise money for the building, which is in need of structural repairs.

Albert Lea Parks and Recreation Department Director Jay Hutchison said though the cottage has not been slated to be torn down, city officials are evaluating it. It has failed structural inspections. City officials are not renting it for 2013 until they see how it survives the winter.

With already tight budget times, Hutchison said the question remains whether to put city money into the structure or to put funds into other areas in the park system — areas that have also been put on the backburner. 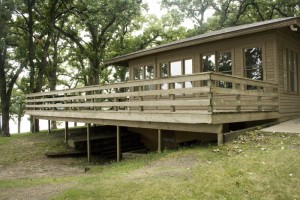 “It becomes a priority issue,” he said.

Edgewater Cottage originated as a farmhouse.

Freeborn County Historical Museum records indicate at one point the owner of the house operated a nearby pigeon farm or squab ranch. The home later became the home for Louis Kroessin, a harness maker and poultry farmer, and then was owned by Samuel Sorenson. 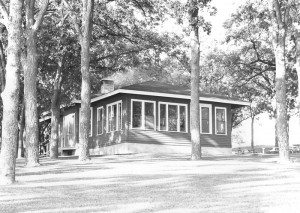 This photo of the Edgewater Cottage was taken in 1975. -- Photo Courtesy Freeborn County Historical Museum

The upper story of the house was removed and the lower part was converted into the present Edgewater Cottage. At one point, it even sold concessions, including ice cream.

A deck with a view of Edgewater Bay was added after 1975.

Trow said the cottage has been the perfect structure to have in the park because it is right off of the lake, is sheltered by the trees and has that large deck.

“This was always the place we had our parties,” said resident Kim Hanson. “It was fun to see people out on the deck.”

Hanson said he would hate to see the building someday become an empty concrete pad and that is why he has gotten involved.

“With a little bit of time and community support, I think we can have this solved,” he said.

What needs to be repaired? 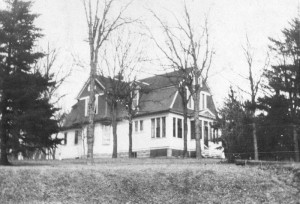 The upper story of the Samuel Sorenson home was acquired by the city of Albert Lea in 1925 or 1926. The upper story of the house was taken off and the lower part was converted into the Edgewater Cottage. It one point, cold drinks, ice cream and candy could be purchased there. -- Photo courtesy Freeborn County Historical Museum

Albert Lea City Inspector Doug Johnson said one of the most critical parts of the building is in the basement.

Though the foundation was replaced in 1991 and is in good condition, the floor has many cracks and is heaving in many areas. This is because there is no heat in the building.

Johnson said many of the posts in the basement that support the beams are also rotting, and some of the subfloor is also showing signs of dry rot.

On the exterior, there is rotted siding, peeling paint and a deck that does not meet codes, he added.

On the main floor, some of the walls have started to push out because of extra weight bearing down from the roof. An interior wall running through the center of the building has also been removed, which contributes to adding additional weight to the outside walls.

Johnson said some of the windows have water damage and need to be replaced and the interior needs to be repainted.

He said while he cannot say there is an immediate danger or an immediate hazard with the building, it does make him uneasy, especially anticipating what effect a heavy load of snow could do to the roof and walls.

“Anything can be fixed if you want to spend the money,” he added.

Want to get involved?

Trow and others have organized a meeting at 6 p.m. Aug. 16 for people interested in helping with the effort to save the cottage.

Trow said at the meeting, he hopes people can organize a plan of how to raise the money, figure out exactly what improvements need to be addressed and ultimately how those improvements will be made.

They plan to seek corporate sponsors as well as donations from residents.

He said they will seek out anyone interested in donating materials or labor.

Trow noted that if the community is able to raise $16,000 in a day for the Fourth of July fireworks every year, he is optimistic the community can come up with the money needed for this project.