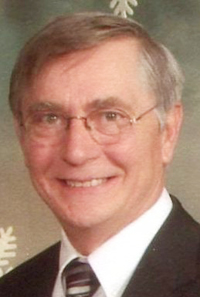 Larry earned a Bachelor of Arts in business management and accounting from Pittsburg State University in Kansas. He had worked for Wilson Foods in Oklahoma City, Okla., then in Cherokee, Iowa, and in Albert Lea before moving to Ottumwa in 1990. He had worked for Cargill Meat Solutions for the past 21 years.

He was a member of the allocations committee for United Way. His favorite thing was spending time with his grandchildren.

He was preceded in death by his parents and his father-in-law, Richard Rexwinkle.

Funeral services were held at Reece Funeral Home with the Rev. Brian Gentz officiating. Burial was in Kansas. In lieu of flowers, memorials may be made to the Susan G. Komen Breast Cancer Foundation.