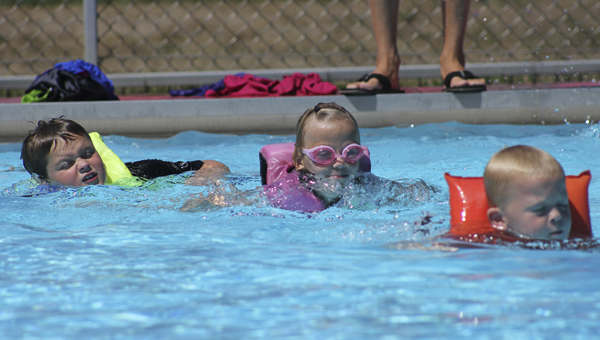 Nora Pleimling sports pink goggles that match her pink life jacket Thursday at the Albert Lea city pool. With her are Gabe Bjorklund in a yellow jacket and Alex Palmer in an orange one. They are in a Level 3 swimming lessons class. Pupils must learn to swim while wearing a jacket, too. -- Tim Engstrom/Albert Lea Tribune 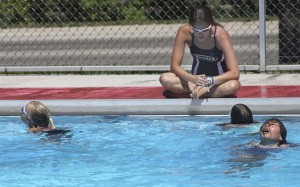 Selena Yebra turns around and around Thursday as she and other pupils in a Level 4 class tread water during swim lessons. Meanwhile, lifeguard Mary Wangen times them. 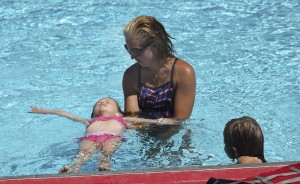 Kallie Studier learns to backfloat Thursday during swim lessons in a Level 1 class with the assistance of lifeguard Carina Fitzlaff at the Albert Lea city pool.