Funeral services for Mary Alyce Grasdalen, age 63, of Albert Lea will be held at 10:30 am, Tuesday at the Church of St. Theodore. The Revs. Timothy T. Reker and Todd Walsh will officiate. Interment will be in Hillcrest Cemetery. Visitation will be from 4 to 7 p.m. Monday at the Bayview/Freeborn Funeral Home, and one hour prior to the service at the church on Tuesday. Online condolences are welcome at www.bayviewfuneral.com. 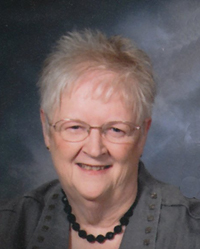 Mary Alyce Grasdalen was born on Aug. 19, 1948, in Winnebago, the daughter of Don and Marie (O’Leary) Johnson. She went to school in Easton, Crystal Lake, Iowa, and Delavan. She graduated from Delavan High School in 1966. She then went to college at Mankato State College, where she graduated with her teaching degree in business education, in three years. Mary went to work in Alden as a teacher and it was here she met her future husband. On Dec. 30, 1978, Mary was united in marriage to Loren Grasdalen at Grace Lutheran Church in Albert Lea. Mary was an active member of St. Theodore’s Catholic Church in Albert Lea and a former member of St. Casmir Catholic in Wells. She and her husband were active in the founding of the “Spirit of Christmas,” a program providing additional support at Christmas for children and their families in the Alden/Conger School District.  Mary enjoyed collecting, particularly collecting Department 56 Christmas Village pieces and Steif Bears. She liked cake decorating, shopping and visiting with her friends and family over coffee. Blessed be her memory.

Mary was preceded in death by her parents, her sister Janet Carol Johnson, and her brother-in-law Rod Waltermire.