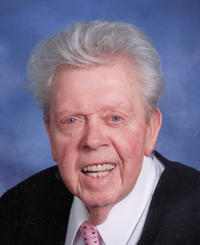 Richard Leo Kedrowski was born Feb. 22, 1937, in St. Paul, the son of Michael and Alma (Hary) Kedrowski. He attended Cretin High School after which he joined the Air Force. He had very strong faith and was a lifetime parishioner of St. Adalbert Catholic Church.

Dick enjoyed life to the fullest and was a very generous and kind hearted person. It made him happy to be busy and was involved in many activities and organizations. He taught and competed in ballroom dancing, enjoyed traveling (especially to Las Vegas), loved hunting, boating, bass fishing, following the Minnesota Twins and Vikings, and was recently inducted into the Old Timers Fast Pitch Softball Hall of Fame. He was a longtime member of the Midway Lions Club and a member of the North End Business Association. It made Dick very proud to represent the City of St. Paul in the St. Paul Winter Carnival as Prince of the North Wind in 1998 and 2001, and King Boreas in 2003. He also served on the Carnival Board and UGC, and was the recipient of the Sal Lobaido Award in 2008. Because he was a devoted husband, father, grandfather and friend he will be dearly missed. He had a positive influence on many lives.

Dick was preceded in death by his parents and brothers: Michael and Ronald.

Mass of Christian burial will be at 11 a.m. Wednesday at St. Adalbert Catholic Church, 265 Charles Avenue, St. Paul. Visitation will be from 4 to 8 p.m. Today at Bradshaw, 1078 Rice St., St. Paul. Interment will be at Fort Snelling National Cemetery.