Memorial services for Robert Phillips, 84, of Albert Lea, will be held at 11 a.m. Thursday at United Methodist Church. The Rev. Tom Biatek will officiate. Military honors will be accorded by the Freeborn County veterans organizations. Visitation will be one hour prior to the service at the church. Online condolences are welcome at www.bayviewfuneral.com. 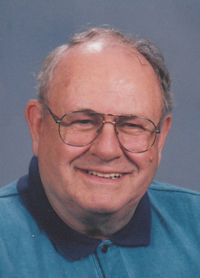 Robert Phillips was born on Feb. 24, 1928, in Sioux City, Iowa, the son of Clarence and Lula (Karst) Phillips. He grew up and attended school in Sioux City. At age 17, Robert enlisted in the Navy serving his country during World War II in the Philippines. When he returned home from the service he finished school and went on to the University of South Dakota in Vermillion where he met Phyllis. They were united in marriage on April 23, 1949. Robert worked for Standard Oil Company for more than 20 years. The family moved with Standard Oil to several locations throughout Iowa before settling in Albert Lea in the 1970s. It was then that Robert became co-owner of Southern Minnesota Oil with his longtime friend Dick Kary. Robert was a member of United Methodist Church, the American Legion and a past member of the Elks Lodge. Robert was an avid hunter and fisherman, taking yearly trips with friends. Robert enjoyed taking his family and friends up to a cabin on Grace Lake where he had gone for 73 years. Robert had a gift for visiting with people, he enjoyed getting to know them, and share stories with anyone. His memory will be treasured by his family and friends.

Robert was preceded in death by his parents; and wife, Phyllis.