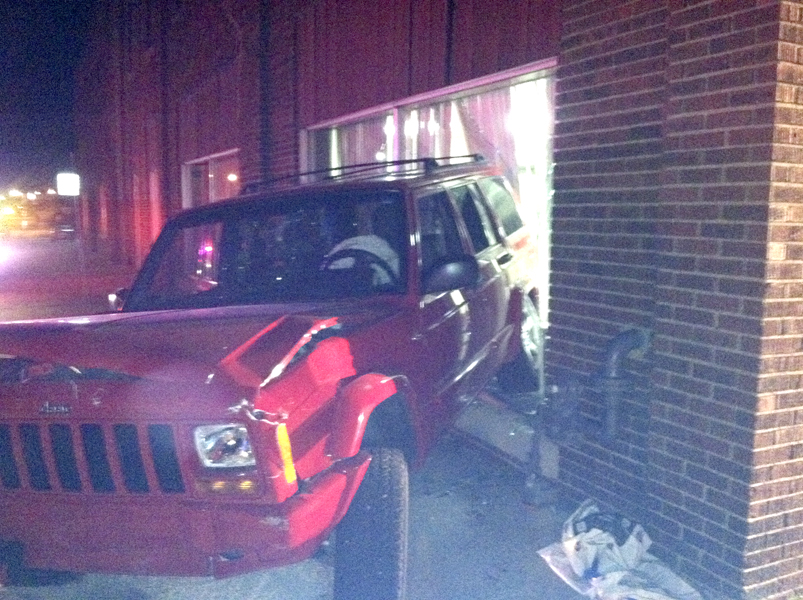 A 46-year-old Albert Lea woman was transported to St. Marys Hospital in Rochester Monday night after she reportedly crashed into the Freeborn County Shopper building. 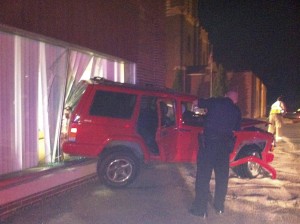 Carlson said it appeared Muilenburg was drunk, but she allegedly refused to take a Breathalyzer test to determine blood-alcohol content.

The lieutenant said Muilenburg was driving south on Washington Avenue when she reportedly attempted to make a wide left turn onto Pearl Street and crashed the front of her red 1999 Jeep Cherokee into a brick wall of the building’s south side. When she went to back out, she reportedly made a sharp U-turn and backed into the building a second time, this time hopping the curb and smashing a window on the west side.

She also scraped a gas meter. Alliant Energy was contacted.

She received a severe ankle injury.

Carlson anticipated she would be charged with refusing to test.

Neighbors called authorities about the evening disturbance, but one of the employees of the Freeborn County Shopper happened by and called the general manager, Julia Thompson, about the crash.

Thompson said she is glad no one was inside the building at the time of the crash.

“We’re taking measures to repair the damage,” she said.

Two large windows on the building were boarded up this morning.