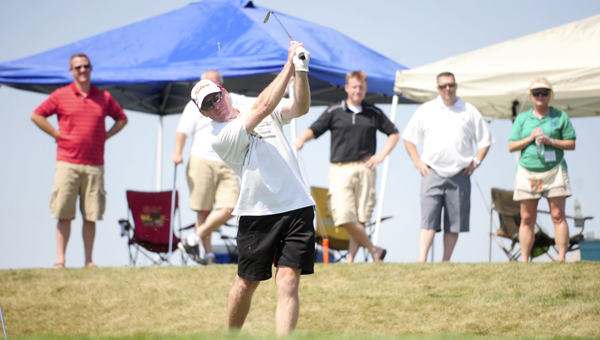 Troy Niest tees off hole No. 14 at Wedgewood Cove Golf Club on Monday for the Chamber Ambassador Scholarship golf outing. The game at the hole was to get the ball onto the green to get what was called a greenie. Niest was the only one in his group to hit one. The hole was sponsored by Coldwell Banker Home Connection and Dave Syverson Auto Plaza. -- Brandi Hagen/Albert Lea Tribune 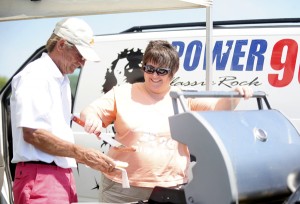 Sindi Fulton serves a hot dog to a golfer on hole No. 12 on Monday at the Chamber Ambassador Scholarship Golf Outing.

Some of the games included blackjack, longest drive, longest putt and straightest drive.

Tami Jensen, a 13-year chamber member and operations manager, estimated it took about 40 volunteers to put on the event.

Prizes were donated for the event by more than 50 local businesses. 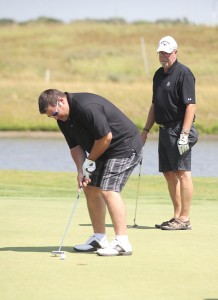 Tim Butt makes a putt on hole No. 15 at Wedgewood Cove Golf Club.

The money raised from the outing goes toward scholarships for students in Freeborn County.

According to Dennis Dieser, the recipients were picked based on a written application, an interview and an interest in a business major.

The 2012 scholarships were awarded to Morgan Field, Kimberly Schiltz, Kristin Hughes-Foyte and Colleen Thompson from Albert Lea, Noelle Hagen from Glenville and Kayln Stensrud from Alden.

The total amount raised from the outing is expected to be released later this week.