A memorial service for Tory Allen Lucas will be held at 2 p.m. Monday at Bonnerup Funeral Service in Albert Lea. Pastor George Marin will officiate. Visitation will be held one hour prior to the service. Interment will be in Hillcrest Cemetery. 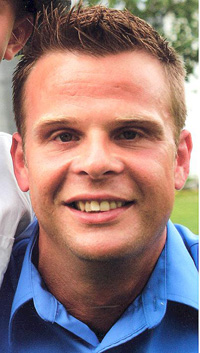 Tory was born on Sept. 28, 1972, in Paramount, Calif. The son of Harry and Debby (Goodemann) Lucas, he attended Albert Lea High School and was a Freeborn County resident all of his life.

He was a full-time student but spent time working at Progress Casting, Presto Ex, and Rainbow. He had a passion for music and guitar, loved kids, bonfires with friends, barbecues, concerts, volleyball and meeting new people. He was the type of guy who everyone wanted to be around and was there to help if anyone asked.

Tory is preceded in death by his grandparents Eldon and Betty Goodemann and Gladys and Bud Lucas, uncle, Shawn Harriman and two great-uncles.