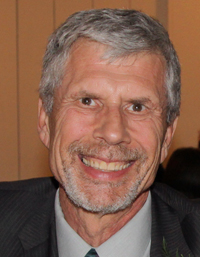 He was born on April 30, 1949, in Albert Lea, to Vernon Louis and Marion (Leland) Jahnke. He grew up and graduated from high school in Bricelyn and went on to graduate from Luther College in Decorah, Iowa, in 1971. On May 31, 1974, he was united in marriage to Debra Anderson at Lindstrom. He went to Luther Seminary and earned his Master of Divinity in 1978. He served at St. Paul’s Lutheran Church in DeWitt, Neb., then served at First Lutheran Church in St. James. In 1986, he took his family to Claremont, Calif., to graduate school where he earned his Doctorate of Ministry degree. He served Our Savior Lutheran Church and Church of the Brethren in LaVerne, Calif., as well as a variety of interim positions in Southern California. He also worked at retirement communities in California.

Vern will be remembered for his sense of humor and care of others. He was a friend of people in A.A. where he had a real ministry to people suffering from alcohol addiction and depression. He was a friend to all and had a unique ability to connect people. His love for people took him to disaster relief areas where he loved to help build houses for people. He enjoyed reading, fishing, discussing theology, handyman work and visiting with people. He was at his best and happiest when he was helping others.

He is survived by his wife, Debra Jahnke of Claremont, Calif.; two sons: Chris (Alyssa) Jahnke of Playa del Rey, Calif. and Joel Jahnke of Portland, Ore.; three sisters: Kathy (Bob) Rosedahl of Rochester, Emelie (Jim) Paulson of Albert Lea and Myrna (Jim) Donovan of Minong, Wis.; a brother, Brad Jahnke and his wife Kim Clark of Roseville; and numerous nieces and nephews. He was preceded in death by his parents and one sister, Sharon Jahnke.

There will be a celebration of life gathering from 4 to 6 p.m. Saturday at the Bonnerup Funeral Home in Albert Lea with a time of sharing beginning at 4 p.m. Memorials can be sent to: LaVerne Church of the Brethren, 2425 “E” Street, LaVerne, CA  91750-4912. The Glende-Nilson Funeral Home of Ashby is in charge of the arrangements. Condolences may be sent on line by logging on to the funeral home website www.glendenilson.com.