Editor’s note: Over the next few weeks the Tribune will profile candidates running the Aug. 14 primary and the Nov. 6 election.

Two former candidates for a vacant seat on the Albert Lea school board have filed for four-year terms on the board for November’s election.

Filing for the Albert Lea school board closes at 5 p.m. today; there is no primary election. Four seats are up for election, three of them are four-year terms and one is a two-year term. The Tribune is profiling all the candidates, and so far incumbents Linda Laurie, Kim Nelson and Bill Leland have filed for four-year seats. Two other Albert Lea residents, Julie Johnson and Jenny Edwin have also filed hoping for four-year terms. Incumbent Jeshua Erickson has filed for the two-year term.

Following are profiles on Johnson and Edwin. 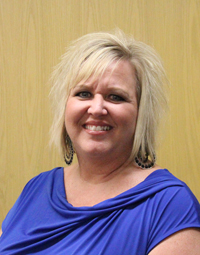 Julie Johnson, 43, lives in Albert Lea with her husband, Tony. They have an 18-year-old daughter Rachel and a 13-year-old son Sam. Johnson is the vice president of the State Bank of Clarks Grove.

Johnson previously interviewed with the school board last September when there was a vacant seat. The board elected Kim Nelson to the seat. Johnson said she still is passionate about education and now that her children are older she’ll have more time to devote to the board if elected.

Before Johnson began her banking career she worked for seven years at Riverland Community College and for almost four years as the director of human resources for Austin Public Schools.

“I think I have a lot to offer,” Johnson said. “I’ve really missed being part of the education system and process.”

If elected, Johnson said she’d spend the first six months to a year learning how the board works and contributing what she can. After that some of her goals include helping high achievers in the district keep being successful, improving graduation rates and helping the district continue to be fiscally responsible.

She is concerned about employee morale in the district and said since she has a background in human resources, adding she understands that it’s an important issue.

“I’m seeing resignations, and I’m concerned about that,” Johnson said.

She said the issue deserves some attention to make sure the district “is not losing high-quality employees to other districts.” She said to have successful learners the district has to have happy employees.

Johnson is on the board of directors for the bank where she is employed and is a member of the Albert Lea-Freeborn County Chamber of Commerce Foundation. She is involved in the American Association of University Women and First Lutheran Church, where she’s on the committee looking for a new associate pastor and a Sunday school teacher. She said she’s also volunteered for the Albert Lea School District in the past. 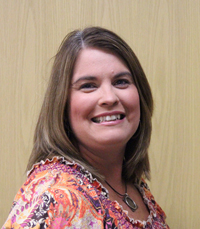 Jenny Edwin, 42, lives in Albert Lea with her husband, John, a salesman at Minnesota Corrugated Box. They have two boys, Jack, 11, and Max, 7. Edwin is the education director at First Lutheran Church in Albert Lea. She’s also on the United Way of Freeborn County’s allocations committee and on the Senior Resources board.

Edwin interviewed with the school board last September when it was looking to fill an empty seat. She said she has a passion for education and thinks now is the right time to run for the school board.

“I’m just really passionate about kids,” Edwin said. “It’s important to me that we have a really good school district.”

Edwin said she’s an anti-bullying advocate and that while she doesn’t think the problem could ever be fully eradicated that there are steps to take to rid the district of the problem.

Another goal of hers is to make sure learners of all abilities are continuing to grow. Edwin said she has experience working with boards because she works with the church’s council and committees. She’s also served on the Albert Lea School District’s curriculum committee, been a testing proctor in the district and volunteered 10 hours per week in the classroom last year. Edwin was also part of the Lakeview Elementary School Organization as a treasurer and secretary.

“I feel like this is the next phase in my volunteer work,” Edwin said.

Edwin said her mom was a teacher so she grew up learning about education. Edwin said she’s an advocate for teachers because of their influence on children.

“Sometimes they’re the only role model for a child,” Edwin said. “Teachers just go above and beyond.”

Edwin said she supports the new technology being used in the schools, including iPads. She also cares about the district continuing to be fiscally responsible.

“My heart’s just really for doing what’s best for kids at all given times,” Edwin said.