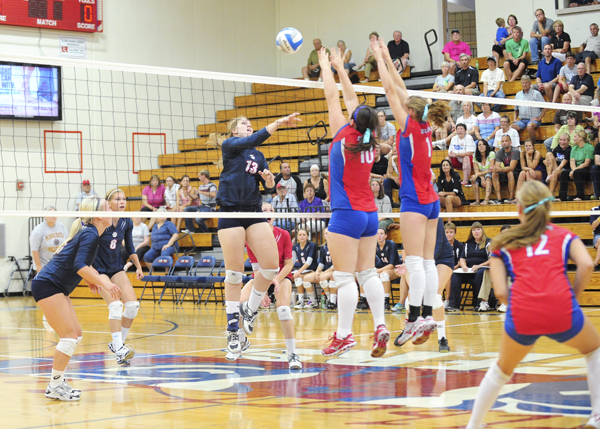 Abby Pliess hits the ball over the net during the second set against Southland on Monday. -- Brandi Hagen/Albert Lea Tribune 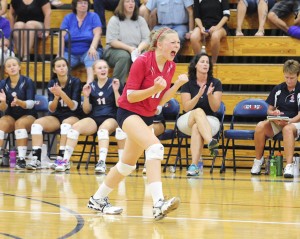 Camryn Keyeski screams after the Tigers scored during a home game against Southland on Monday.

“Game three was hands down their best match,” said Tigers head coach Lisa Deyak. “If they would have played that way in game one it would have been a different outcome.”

Deyak said the Tigers are working on undoing bad habits, so they are thinking about their moves more as they are trying to play the game.

“Our game will smooth out and become more automatic,” Deyak said.

She said the girls were nervous for the first game of the year because they’ve only been working on the style of volleyball for a couple weeks and they know they have room for improvement.

Deyak said they have fantastic attitudes about it and have been working incredibly hard even though the scores may not reflect it.

“Southland just capitalized on our errors,” Deyak said. “They didn’t do anything fancy, they just didn’t make as many mistakes as we were.”

The Tigers had several unforced errors that came from learning the new defense, offense and serving.