I am Ron Steckman. I am running for 3rd Commissioner District for Freeborn County. On July 29 in the Albert Lea Tribune and also in the Freeborn County Shopper on July 31, I had advertisements describing my credentials. The following are my issues concerning transparency and communications. 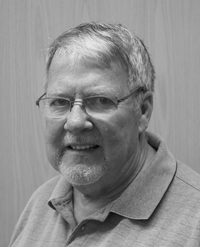 County commissioners have the responsibility of overseeing the operations of the county to see that it is running efficiently and that the various departments are performing satisfactorily the tasks they are charged with. As our representatives, they also should keep us informed.

While we have a county website that includes commissioner meeting minutes, we do not have their perspective on what issues may raise our property tax or what issues they see confronting them in the future.

I have talked to numerous taxpayers who have no idea what their tax dollars are paying for or what their commissioners may be doing on their behalf.

Information is power; the more taxpayers know the easier it is to judge the performance of their representatives. It also helps to create benchmarks and expectations of county officials.

In looking at the website, in 2009 and 2010, there was a $3.5 million countywide radio upgrade. How was it funded? What was the impact on taxpayers? Could the countywide radio upgrade have been delayed? Why the dramatic increase in 2009 to 2010 in public safety related costs plus a major reduction in capital grants and contributions. (I was unable to locate the 2011 financial statements, have they been published?) Have the commissioners proposed any process that would result in lowering the cost of operating the county?

We all know how devastating the last decade has been, the stock market plunge that depleted our investments, the loss of equity in our homes, the loss of jobs or the availability of new jobs that could sustain a family. I looked for any comments by commissioners that they understood increasing tax levies continue to erode disposable income. Which means less money to spend in our community. The county needs to have an aggressive effort to attract new industry and add retail establishments. If they are addressing these issues, I am unaware.

I think the taxpayers may be concerned about the changing demographics and the impact it may have on them. We live in a county that has not grown in population, has lost manufacturing jobs that have been replaced by low-paying service-related jobs. Perhaps we are overdue in obtaining an outside opinion as to what changes took place in the county, where we are at today and what do they believe our future looks like. This could also include information such as:

1. What was the average income per household 10 years ago? What is it presently?

3. What was the average household paying in property tax 10 years ago, and what is it presently?

4. Where are we ranked in property taxes compared to the counties in the rest of the state?

5. Do we know the percentage of retirees to the total population 10 years ago? What is it presently?

7. Does the county engage in long-term planning (lack of transparency)?

These questions are only suggestions. If the commissioners allowed such a study the independent firm would determine the appropriate questions. The report would confirm the openness and transparency of our county. All county residents should be allowed to submit their own questions. At the end of the study, the results would be published and made available to the public.

We are a diverse population who are not all familiar with websites. The county website has so much information that it is difficult to find the topic of one’s concern. It would be beneficial for the chairman of the commissioners to publish quarterly in the Albert Lea Tribune what major expenditures that would affect our upcoming property taxes or what they see as the most challenging issues facing the county. This would enlighten us as to what they are thinking.

As to the county’s website, while it is a well-done website, it is not taxpayer-friendly. Financial statements can be difficult to read. The majority of taxpayers would understand graphs and pie charts. For example, a graph showing the change in tax levies the last 10 years would be taxpayer-friendly. A pie chart showing the breakdown of revenue, program expenses and net gain or loss comparing it to a historical pie chart would be easier to understand. It would also be helpful to know how we compare to similar counties in the state.

What is very important to understand is the future of the county — is our future!

As I indicated in my ad in this past week’s papers, I am not looking for a career. Therefore, if elected, I will not seek a second term.

Ron Steckman is a retired CEO of Freeborn-Mower Cooperative Services and resides in rural Albert Lea. He is seeking the seat in the Freeborn County 3rd Commissioner District.