Embracing farming of years past 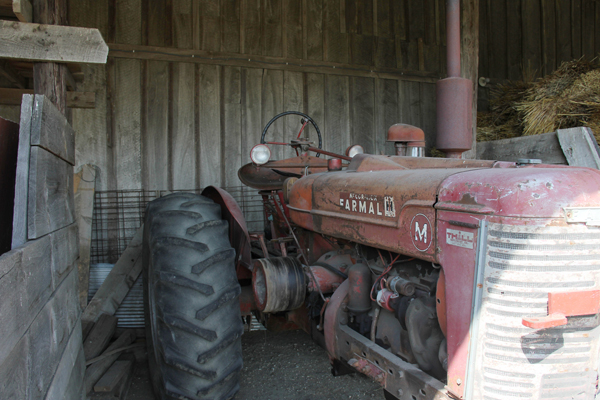 An antique Farmall tractor can be seen at the Farming of Yesteryear event. -- Kari Langan/Albert Lea Tribune 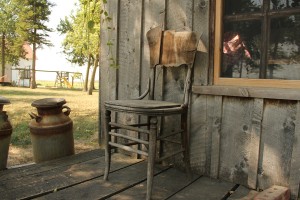 An antique chair at the Farming of Yesteryear is shown.

KIESTER — The annual Threshing Festival of Farming of Yesteryear takes place two miles southeast of Kiester on Sept. 8 and 9. For the last 29 years during the second weekend of September, the organization has been celebrating farming practices of the past.

According to Jacob Jacobson of Kiester, the threshing festival was founded in 1984 and traveled to varying locations along the Minnesota and Iowa border for eight years. In 1992, a permanent home, an acreage south of Kiester, was bought for the nonprofit organization that runs the festival.

The church’s steeple is the first detail of the acreage that a visitor will notice when driving two miles east and then two miles south of Kiester. Set behind the church are historical buildings. These buildings house the nonprofit Gopher-Hawkeye Power Association mission to preserve the historic rural culture and practices for tomorrow’s youth. The group is growing the numbers of historic buildings on the acreage from a two-story square house to 11 structures. Visitors also will see a granary receiving restoration. 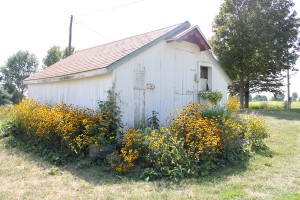 This restored shed can be found at the Farming of Yesteryear site near Kiester.

There are several restored buildings, which include a blacksmith’s workshop, a horse’s stable and a store.

Normally, there are no volunteers or people roaming the grounds, but volunteers will be present in and among the buildings during the festival to perform demonstrations of early rural 20th century occupations including threshing and sawmill operations, said one of the festival organizers, Rosemary Oldfather of Kiester.

Located in the far back corner of the parcel is a machine shed with the group members’ tractors and a single steam engine, a 1918 Port Huron. 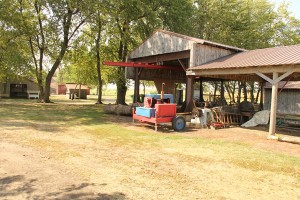 This sawmill building is at the Farming of Yesteryear site near Kiester.

Directly left of the steam engine is another prize, a 1954 Minneapolis-Moline R tractor. The tractor model is one of only seven built. Restored and rebuilt for last year’s festival, the tractor will be raffled to the public and volunteers, Oldfather said. To enter the drawing, visitors will purchase $1 tickets for raffles.

Re-enactment is optional for the threshing festival, but this is not a requirement.

“Although many of the women volunteers will be role playing, I will be wearing jeans,” Oldfather said.