Kim Scheffler of West Allis, Wis., and Deb and Randy Kolling of Albert Lea announce the engagement of their children, Elizabeth Scheffler and Joshua Kolling. 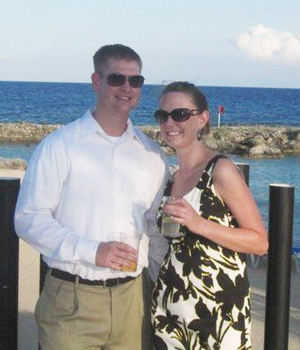 Elizabeth’s grandparents are Madeline and Bud Burmeister of Milwaukee, Wis.

Elizabeth is a 2002 graduate of Nathan Hale High School in West Allis, Wis., and a 2006 graduate of University of Wisconsin – Eau Claire with a bachelor’s degree in psychology. She is currently working as an insurance adjuster at Infinity just outside of Philadelphia.

Joshua is a 2000 graduate of Albert Lea High School and a 2005 graduate of University of Wisconsin – Eau Claire with a bachelor’s degree in finance after serving in the National Guard in Afghanistan for a year. He is employed as a bank examiner for the Federal Reserve in Columbus, Ohio.

A wedding is planned for Sept. 1 at Thompson Park, St. Paul.