Memorial services for Enrique “Ricky” L. Hernandez, of Albert Lea, will be at 11 a.m. Friday at St. Theodore’s Catholic Church, Albert Lea.  The Rev. Timothy T. Reker and Deacon Mike Ellis will officiate. Visitation will be from 4 to 6 p.m. Thursday at  Bonnerup Funeral Service, Albert Lea. 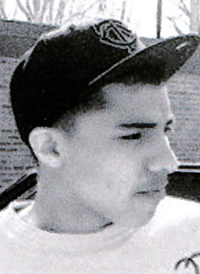 Ricky walked in his father’s shadow; they were always together.

He was very proud of his heritage, he so enjoyed the opportunity to travel to Cuba with his father before he died in 2010.

He loved spending time with his family, especially his nieces and nephews, and girlfriend Kayla. He enjoyed family barbeques, and was very proud of being a Godfather.

Working on cars, shopping and listening to music were his favorite pastimes.

He was preceded in death by his father and grandparents.

Enrique “Ricky” will be remembered as always having a smile on his face. We have you in our hearts, Ricky!