The campaign against the expanded disc golf course on the island at Bancroft Bay Park has been full of misinformation, and people have sent several letters. For readers seeking the truth, here are the facts: 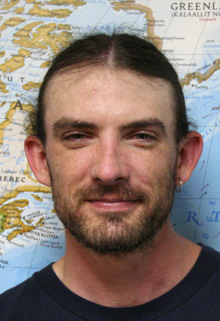 • Staff at Albert Lea City Hall did ample research into the project before it was approved, including a look into the history of the park. Anyone who followed council meetings would know this. There were six weeks between the time that the course was proposed to city leaders and when it was approved in April. There were stories and a map in the newspaper, and the designer’s presentation was shown on the city cable channel. No one spoke against it.

• Volunteer labor worked at the course for months removing invasive species to clear fairways for the expanded course. Where were these park-loving opponents between April and mid-July? They weren’t at the park.

• Let’s not forget there has been a nine-hole disc golf course at the park since 2003. In the years since then, no one ever was hit with a disc, not even on the four blind-shot holes. Players are concerned about safety just the same.

• The grant that funded the city’s acquisition of the park is the Land and Water Conservation Fund, and it is aimed at providing recreation using federal offshore oil revenue. The fund these days has been great for disc golf as a sport and has funded many courses across the nation. There are three times as many disc golf courses today as there were in 2000. The sport is growing fast, and Albert Lea is to be commended for being with the trend. Who says our city is behind the times? Even the Okoboji area lacks a disc golf course.

• The park used to be a mink farm. The north end of the island that people are calling sacred used to be a feedlot. There are many man-made items on the island: road, parking lot, fence, silo, pavilions, picnic tables, concrete firepits. An alternate location proposed by opponents has no man-made items. Does this sound like true nature lovers or just people who don’t want to share the park? Sharing the park is what this issue comes down to.

• A study in 1977 into the Native American cultural background of the park found no burial site and concluded: “The evidence collected at these two sites, (the north end and the western point) is scant, and neither site seems to be a significant archaeological deposit.” The burial mounds people are thinking of are really on Big Island at the state park. People get mixed up because the Big Island Rendezvous isn’t at Big Island anymore.

• Ever visit the park after the Rendezvous? There is plenty of trash left behind. Also, teenagers love to go there because they can escape adult scrutiny, and some tend to be litterbugs. Sure, there are some part-time disc golfers who leave trash, but the regular golfers pick it up, and they clean up the trash left by other users of the park. Plus, with more traffic, it provides more adult eyes so teenagers are less apt to be doing questionable activities there. The police must like that. In fact, many cities install disc golf courses to prevent crime. Kansas City is a prime example.

• The baskets have a lock at the bottom and can come out for the Rendezvous, just as they have for every year since 2004. This is just an expansion, and it will be good for the kids of Albert Lea. It gives them something to do, and they almost forget how much healthy walking they end up doing.

• The notion that a few tee pads and baskets will displace wildlife is false. The prime example is the 18-hole course at the lower part of the park. Wildlife is quite common there, from blue herons to bald eagles to owls to deer to squirrels to opposums to mice. The fact is: Wildlife-watching numbers among adults and children have been dropping since the 1990s. Disc golf brings people to nature who otherwise wouldn’t be there and, in turn, instills in them an appreciation for these treasured landscapes. Nature lovers need to realize that this is a modern-day means by which we get kids to become wildlife advocates.